The Muar Parliamentarian said that the Pakatan Harapan government had decided to announce the matter in February 2020 but the plan was shelved following Dr Mahathir Mohamad’s resignation as prime minister. 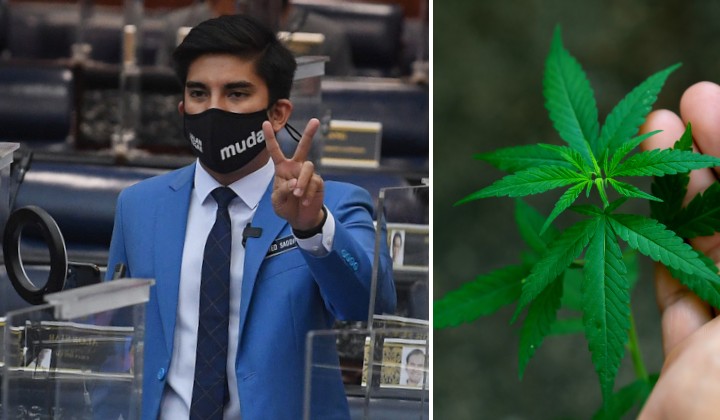 Malaysia was just two days away from announcing that it will be legalising medical marijuana before Tun Dr Mahathir Mohamad stepped down from his position as prime minister in 2020, leading to the infamous Sheraton Move that brought down the Pakatan Harapan government.

According to The Vibes, Muar MP Syed Saddiq Syed Abdul Rahman said that three ministries – the youth and sports ministry, the Home ministry as well as the Health ministry – were to hold a press conference announcing the matter on February 26, 2020, just two days prior to Dr Mahathir’s shocking resignation.

The Langkawi MP himself was supposed to lead the planned press conference, said Syed Saddiq.

“What people don’t know (is that the) Sheraton (Move) happened on a Sunday, right? Monday was when Tun (Dr Mahathir) stepped down as prime minister, and then the crisis happened.

“On that very same week, on a Wednesday, it (the press conference) was already arranged, and this was after months of planning that we would do a joint press conference,” he was quoted as saying.

The former youth and sports minister said that plans had been made to decriminalise the possession of cannabis as well as plans for Malaysia to embark on medicinal and industrial cannabis.

“The plan (would have been) on how the government and private sector will work together with a proper regulatory plan and execution.

“So, when Tun stepped down, I was like, no! If only it happened slightly after,” he said.

According to Syed Saddiq, 90% of the PH Cabinet line-up back then had agreed to legalise medical marijuana and decriminalise drug possession.

Despite the switch in government, the now Muda president said that he remains an advocate of the matter, adding that even former chief justice Tun Zaki Azmi was on board with the idea.

“Medical cannabis is a very immediate and urgent issue because there are many Malaysians today who are consuming it illegally, despite being prescribed by trained medical practitioners.

“There are children with ADHD, children with many different issues. There are also those from the older generation, I won’t mention names, but there are super highly influential people in our society who are taking it.”

On 6 April, Health Minister Khairy Jamaluddin Abu Bakar said that his ministry is ready to collaborate with any parties to study the usage of marijuana and cannabis in medicine.

Last month, Khairy said that the Health Ministry will soon announce a framework to enable certain cannabidiol (CBD) products to be registered in 2023.

According to Harvard Health Publishing, CBD is the second most prevalent active ingredient in cannabis and does not cause a “high.”

In June, Thailand became the first Asian country to decriminalise marijuana for medical and industrial use.

However, the recreational use of the drug remains an offence in Thailand.