Health Minister Khairy Jamaluddin said that there have been no full submissions for a clinical study or trial on the subject. 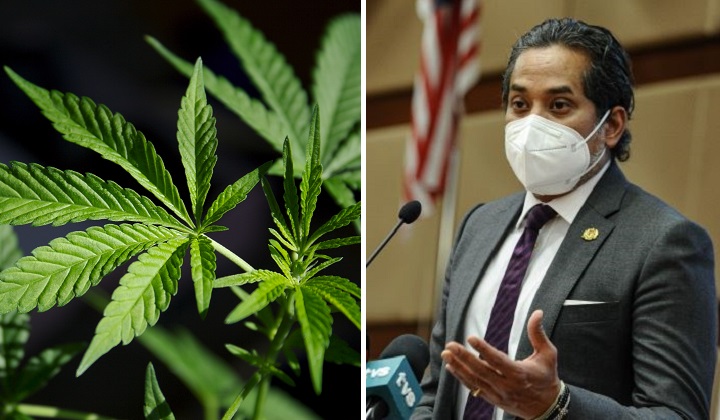 The Health Ministry is ready to collaborate with any parties to study the usage of marijuana and cannabis in medicine.

Its minister Khairy Jamalauddin Abu Bakar said that while there is a lot of advocacy of late on the medicinal use of marijuana, the fact remains that there have been no full submissions for a clinical study or trial on the subject.

“@KKMPutrajaya (MOH) welcomes industry or academia initiated research for the medicinal use of CBD (cannabidiol). We are ready to collaborate,” tweets Khairy.

According to Harvard Health Publishing, cannabidiol is the second most prevalent active ingredient in cannabis (marijuana) and does not cause a “high” by itself.

The Rembau MP also added that MOH has been consistent in practicing evidence-based policies.

“That’s why we have welcomed clinical studies for the use of CBD for medicinal purposes.”

Much discussion of late on medicinal use of marijuana. @KKMPutrajaya has been consistent in practicing evidence-based policies. That’s why we have welcomed clinical studies for the use of CBD for medicinal purposes. This can be coordinated by @ICR_NIH & @ClinicalRsrchMY.

On 31 March, popular nasyid artist and composer Yasin Sulaiman was charged with cultivating ganja plants and drug trafficking after he was caught with 17 cannabis plants and 214g of cannabis at his home in Kota Damansara at 5.30pm on 24 March.

Yasin is facing a life prison sentence or the death penalty if he is found guilty.

Read More: Perlis Has The Best Climate For ‘Cannabis’, So UniMAP Is Growing Em’ There