The Health Ministry is committed towards evidence and science regarding the use of medical marijuana and the science of CBD. 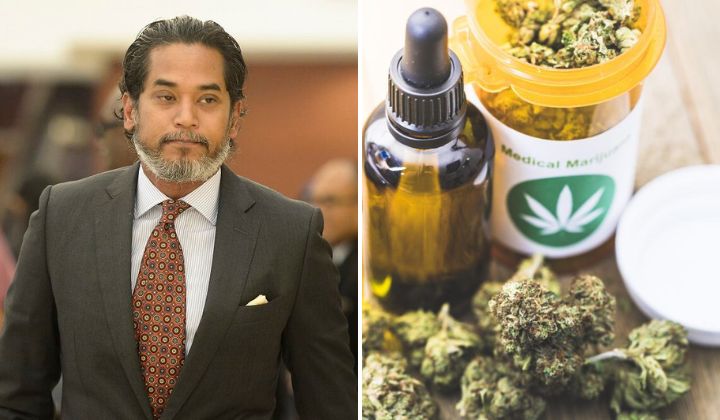 The Health Ministry (KKM) will soon announce a framework to enable certain cannabidiol (CBD) products to be registered by next year.

The ministry is committed towards evidence and science, so what it means is that if the science is showing us in a particular direction, then we can’t avoid it. The science (of CBD products) to me, I’m convinced. I’m working internally to ensure everyone in the Health Ministry is behind this.

Health Minister Khairy Jamaluddin said at the launch of The Centre’s report on Malaysians’ Views Towards Drug-Related Issues.

Khairy added that CBD products should be prescribed by a healthcare professional for self-medicating purposes.

Medical officers would be required to be trained and educated to ensure they understood the circumstances which allowed the prescription of CBD products.

It has to be stepwise and calibrated in how we do this. I think we are ready; the debate has been useful. Next year is a good target.

Last April, Khairy said that KKM practices evidence-based policies and thus, welcomed any industry or academia-initiated research to study the usage of marijuana and cannabis in medicine, especially cannabidiol (CBD).

According to Harvard Health Publishing, cannabidiol (CBD) is the second most prevalent active ingredient in cannabis and does not cause a “high.”

In November 2022, Muar MP Syed Saddiq asked KKM to clarify Malaysia’s stance on the usage of medical marijuana as an alternative medicine for patients.

In response, Khairy clarified that cannabis use for medical purposes is actually legal in Malaysia.

READ MORE: KJ Says Cannabis Is Actually Legal In Malaysia, And Everyone Loses Their Minds

Medical marijuana has been long used in western countries such as the Netherlands and Australia.

Over in Asia, people who are caught using marijuana, recreationally or medically in secret, face stiff punishment and a conviction often ends with the death penalty.

Fortunately, the use of medical marijuana has since been gaining momentum, albeit slowly, in Asian countries.

To date, Thailand is the only country in Southeast Asia that has fully legalized medical marijuana (medicinal cannabis).

In East Asia, South Korea legalized medical marijuana in November 2018. The policy came into effect in March 2019 with the goal to expand treatment options for patients with epilepsy, chronic pain and other conditions.