He also wants to ease the people’s burden due to rising consumer prices. 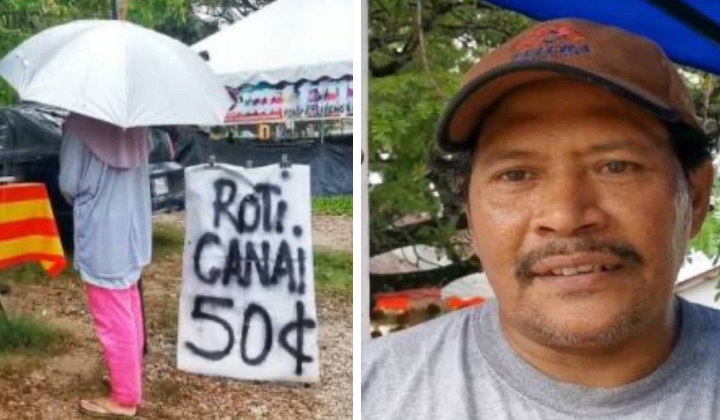 Amid soaring costs of food, a hawker is determined to sell roti canai for as low as 50 sen.

According to a Sinar Harian report, 51-year-old Rohaizan Hassan has been selling roti canai cheaply so that people can afford them.

For that, he was chastised by fellow traders, who accused him of ‘price dumping’ to increase sales.

Rohaizan, who operates his stall in Chederiang, Terengganu, begs to differ and gave his side of the story.

There is a reason I sell cheap roti canai. I’m doing it in memory of my son, the late Mohd Syafiq Najmuddin. He died from a road accident in this area in 2019, while delivering ‘pizza’ ordered by customers.

He also wants to do his part in helping the less fortunate.

Rohaizan said there are many children but they cannot afford to spend more to feed their children, especially during this difficult period.

According to Rohaizan, he thought of selling cheap roti canai after watching a television show.

The show highlighted a stall in Kedah that sells roti canai at the same price.

After watching the show, I started to think why can’t I sell at a cheap price as well, since others can do it.

He regretted that there are those who complained against him for selling cheap roti canai.

They complained that he is ruining their business and livelihood, but he disagrees.

Rohaizan believes that traders can always adjust their cost and profit margin if they want.

He added that the increase in the price of goods did not affect his business, and he is determined to maintain the price of 50 sen for his roti canai.