The nation’s most popular breakfast and snack dish usually sells for RM1.20 to RM1.80 apiece. 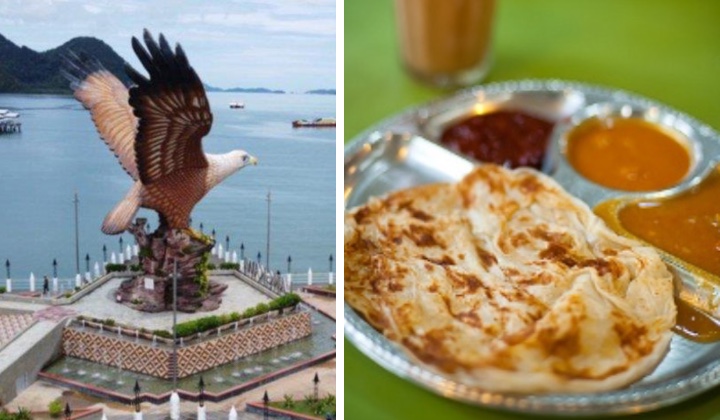 From vegetables to poultries to bread, many items had gone up in price lately but none in a more controversial manner than in Langkawi.

The island has been touted as one of the top budget destinations in Asia due to its duty-free status.

However, tourists at the duty-free island were shocked when they had to pay RM4 for a piece of regular roti canai recently.

Kedah Consumers Association secretary Mohamad Yusrizal Yusoff was quoted by Utusan Malaysia as saying that the complaints were made against a roadside stall.

Although we are aware that the price of goods and raw materials is expensive now, the price charged by the stall owners does not make sense.

The issue of traders charging expensive food charges on tourists has long occurred on the resort island, especially since the island was reopened to tourists following the Covid-19 pandemic.

The controversies had drawn much criticism from the public and even forced the authorities to intervene.

READ MORE: ‘Ikan Siakap’ Restaurateur To Be Taken To Court

Therefore, we ask the Ministry of Domestic Trade and Consumer Affairs (KPDNHEP) to always make inspections at premises and food stalls that take the opportunity to raise food prices too high.

He added that over the past two weeks, more than 100 consumer complaints have been received regarding the increase in food and raw material prices in the state.

He also recommended that they display price tags clearly so that consumers can make a choice before ordering food.

All said and done, perhaps it’s best to check the prices of foods at restaurants or eating outlets carefully, regardless of posh restaurants or roadside stalls.

Why Is Roti Canai So Famous?

Roti canai is a popular breakfast and snack dish in Malaysia, and one of the most famous examples of Malaysian Indian cuisine.

It is said that the dish was brought over from India by Indian Muslims, also known as “Mamaks” in Malaysia.

An adaptation of the Indian paratha roti, the flatbread is served in Mamak stalls throughout the country.

Roti canai is usually eaten with an assortment of curries and sometimes sambal (chili paste).

The basic roti canai dough consists mainly of flour, water (or milk), salt, a little sugar and a whole lot of ghee, a form of clarified butter.

High in starch and fat, roti canai has been linked to health issues such as obesity, diabetes, high cholesterol and heart disease.