When supply is limited, and demand increases, we all know what will happen – prices increase. 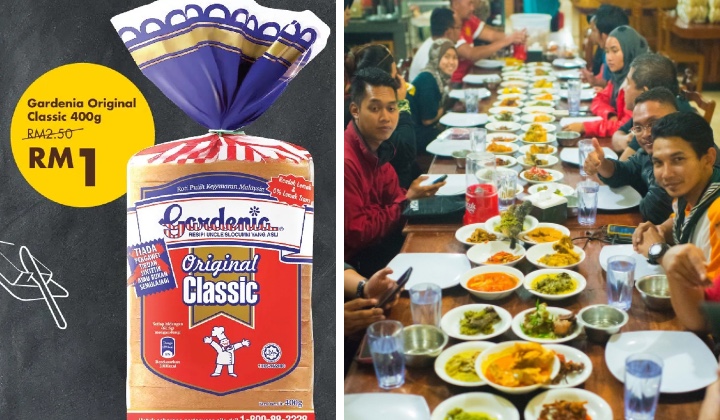 The prices of essential goods will continue to rise and burden consumers over the next two months.

Research firm TA Securities, said the increase is driven by the increase in demand as more economic activities continue to resume.

TA Securities was quoted by Berita Harian as saying that according to its research note, the inflation rate this month is projected to rise above expectations.

The reason: growing demand for most goods following the transition phase for all states under the National Recovery Plan (PPN).

TA Securities added that fuel would be another source of inflation following rising global oil prices.

We also believe that disruptions to the supply chain and delivery delays are causing cost inflation to rise sharply.

The latest data from the Department of Statistics Malaysia shows that the Producer Price Index (PPI) for local production increased by 12.3% year-on-year in September 2021, compared to 9% recorded in the previous month.

This will support the rise in key inflation in the coming months, said the research firm.

Meanwhile, let’s look at some of the everyday goods that consumers had been complaining about in terms of high prices.

Meanwhile, the price of seafood, especially fish and shrimp, was also seen to rise sharply in the city.

A seafood monger, who only wished to be down as Ah Chuan, said this is due to the monsoon season which caused high waves to reduce the supply of the product.

The increase in the price of seafood during the monsoon season was also unavoidable due to the stock of fresh supplies that were not widely obtained from suppliers.

Every monsoon season, the price of seafood will increase between RM3 or more.

Among the fish that have increased in price is the kembung batu, which now costs RM12.50 per kilogram compared to only RM10 previously.

The price of prawns is also the highest at the moment.

Some netizens have even posted on Facebook that a barrel of canned cooking oil is surprisingly priced at RM40, much to their surprise.

Just a year ago, I was surprised that these 5kg cans of cooking oil had gone up from RM10 to over RM30; now it has gone up to over RM40!

Back in April, the Ministry of Trade and Consumer Affairs explained the reason for the price increase.

According to Minister of Domestic Trade and Consumer Affairs Datuk Seri Alexander Nanta Linggi, it was due to the high international price of crude palm oil.

The Minister stressed that 5kg packs of cooking oil at RM23 to RM27 are still available in the market.

The control price is set by KPDNHEP (Ministry of Domestic Trade and Consumer Affairs) is at RM9.50 per kilogram and the price rose to RM9.90 per kilogram recently.

A survey at the wet markets found that chicken traders had lowered the old price of RM9.50 per kilogram to be replaced with the new price.

Perhaps many are not aware that Malaysia imports almost 100% of the needs of making bran from abroad.

Malaysia’s dependence on imports of corn and soybeans has affected chicken prices as corn prices have risen sharply especially since the Covid-19 outbreak hit.

The significant increase caused bakeries to raise wholesale and retail prices to cover the cost of producing bread.

The recent announcement on the increase in the price of Gardenia bread-based products in Peninsular Malaysia starting December 1 has become the talk of the town.

The Minister of Domestic Trade and Consumer Affairs Datuk Rosol Wahid said the government will look into the increase in the price of the bread product.

Vegetable prices are said to be at its highest in 30 years.

The price of vegetables such as cabbage, mustard, cauliflower and broccoli rose between RM2 to RM8.

Cauliflower is currently sold at RM20 per kilogram compared to RM12 per kilogram, about a month ago.

The increase had also been blamed on seasonal factors such as rainy weather affecting vegetable production such as in Cameron Highlands.

There is also an import component that increases in price, namely fertilizers that increase the price to produce vegetables.

In addition, Malaysia also imports certain vegetables from abroad to meet consumer needs such as chillies and round cabbage, in which more than 65% are imported from countries such as Thailand.

All this does not mean that the government does not have the direct power to help reduce the burden of consumers.

First, as a short-term measure, Prime Minister Datuk Seri Ismail Sabri Yaakob has announced an additional allocation of RM262 million to help the costs of farmers and ranchers affected by the increase in input prices.

In addition, stricter enforcement will also be implemented at this time.

The move is to ensure that no middlemen take the opportunity to raise prices and profit margins while blaming farmers and ranchers.

At the same time, the government is looking to provide input subsidies at the production stage such as bran price subsidies to farmers.

The move is to reduce the cost of raising chickens.

In the 2022 Budget, the Government has already announced the allocation of a total of RM1.5 billion in subsidies and incentives for seed and fertilizer subsidies.

The Circle Of Life

At the end of the day, we need to understand that international commodity prices including commodities produced in our country are according to market forces and beyond the control of the government.

Coincidentally throughout 2017 until before Covid-19 hit in 2020 these commodity prices were stable and remained low and over the past year.