Cannabis products, even if it’s in small cakes or drinks, are not allowed to be brought into Malaysia. 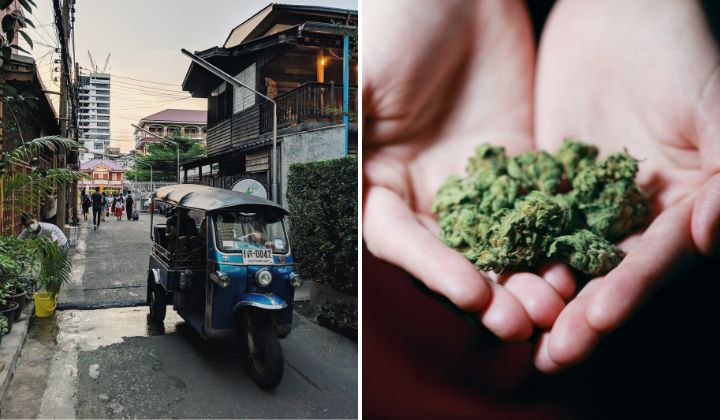 While some Malaysian might want to try consuming cannabis (ganja) during their visit to Thailand, the Perlis police chief warns Malaysians not to bring home the substance or they would face legal consequences.

Deputy Commissioner Surina Saad said action will be taken against any individual who brings cannabis into the country even if the substance is included in food like little cakes and drinks.

We don’t have the power to prevent anyone from touring the neighbouring country and taking cannabis there but legal action can be taken under the Dangerous Drugs Act 1952 if returning with cannabis or under the influence of the drug.

According to The Star, agencies at the border have been asked to increase inspections to ensure no one would bring any psychoactive drugs such as cannabis into Malaysia.

Recreational use of marijuana in Malaysia is still punishable under law. However, steps have been taken to allow the use of medical marijuana in the nation (soon) based on evidence-based policies.

Health Minister Khairy Jamaluddin said that a framework to register certain cannabidiol (CBD) products will be released next year.

Thailand legalised the consumption of cannabis for medical use in 2019 and is the first Southeast Asian nation to do so.

READ MORE: Ganja Is No Longer A Narcotic Substance In Thailand

Back in May 2022, the Thai government gave away one million cannabis trees so that each household can grow the plant at home.

The free cannabis plant programme is Thailand’s latest bid to promote cannabis as a cash crop among its citizens.

According to The Star, the Thai authorities manage the recreational use of marijuana by limiting the strength of the products for sale.