Prasarana will compensate LRT users affected by service disruptions by extending the validity period of passes. 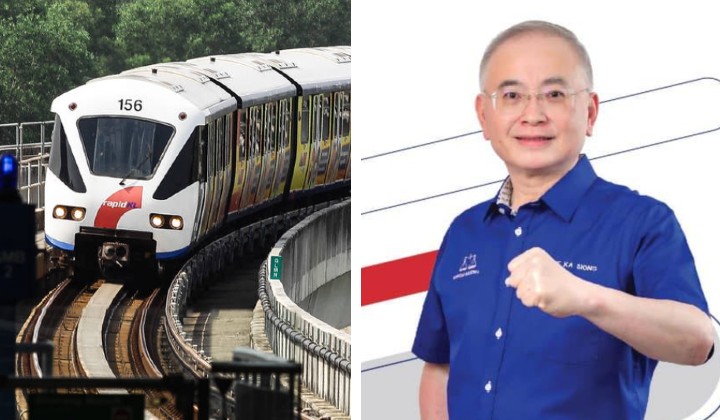 Wee, also the MCA president, said tests would be conducted today and tomorrow after the modem and power supply for the tracks were replaced.

In a press conference at the Lembah Subang Rapid Rail depot, Wee informed that a test was done yesterday, which commenced at 11.15 pm.

The Land Public Transport Agency (APAD) will also need to certify the Thales Group experts’ confirmation that the rail line is safe and stable for use before we can reopen.

If there aren’t any more problems, services will resume, whereby Prasarana will announce at 6 pm the day before.

In the meantime, he said Rapid KL would compensate users and extend the pass validity period according to the days of the LRT service that cannot be used.

He said the ministry sympathizes with the plight of LRT users but was forced to make a decision (stopping the service) for safety.

Rapid KL announced the suspension of LRT service operations at 16 stations from Kelana Jaya Station to Ampang Park Station until 15 November due to problems with the Automated Train Control (ATC) system.

As a result, about 200,000 affected users had to switch to other modes of transport for daily errands, causing traffic flow in the capital city to be congested during peak hours.

Many netizens took to social media to vent their anger, and some demanded Wee be replaced by his predecessor and political nemesis, Anthony Loke.

While LRT’s are down in KL, Transport minister Wee Ka Siong arrives at Ayer Hitam for campaigning.#GE15 #PRU15 #rapidkl pic.twitter.com/vY1YyUN0l1

AKLEH, DUKE And Several Roads Around Kuala Lumpur Will Be Closed From 11-13 November