Ahmad Zahid said BN are regaining its strength but will contest the next GE as underdog. 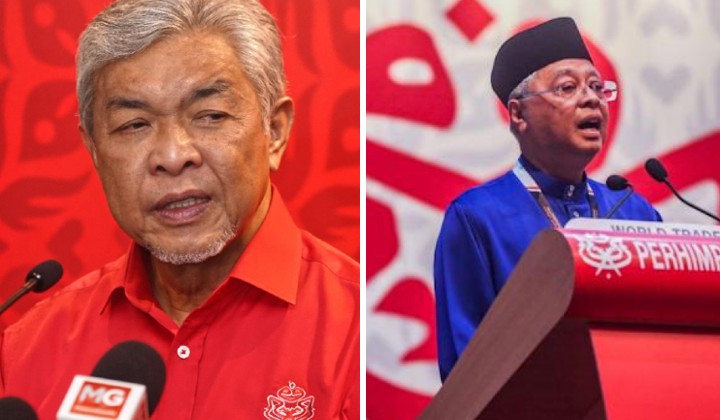 His prediction is despite some expecting it to be held next year due to the littoral combat ship (LCS) controversy linked to the party.

The UMNO president said other indicators also show that GE15 should be held this year and not next year.

We feel that next year is not very suitable to hold GE15 because of the economic factors and the inflation rate that will increase. So I think this year is the most suitable for us to hold it.

Umno president Datuk Seri Dr Ahmad Zahid Hamidi on why GE should be sooner than later.

He said was speaking during the BN Women’s Convention at the World Trade Center (WTC) in Kuala Lumpur on Sunday (14 August).

The Bagan Datuk MP, facing 47 charges, expressed confidence that Ismail Sabri would listen to the advice to hold elections in 2022.

He said the PM should know the time is right because issues that can fuel discontent against BN will continue to arise.

Ahmad Said said BN’s preparation for GE-15 had started at all levels with plans to compete with the ‘underdog’ spirit to ensure that the party machinery does its best to gain voter support.

We must strive for more than what we achieved before. We strive towards being dominant in (GE-15) this time, even though we are an underdog party that is attacked from various angles, especially with the issues that are aimed at us.

BN must also be quick to fend off the opposition’s accusations, especially on social media on emerging issues, notably the LCS.

Ahmad Zahid warned that the BN machinery cannot wait until the election campaign period to answer the issue.

BN propaganda is reallyyyy trying to spin the LCS story. The hull is rusting while it's in dry dock and it looks like zero equipment has been installed. I hope these videos do more harm for the cause than good. pic.twitter.com/grfvirUemz

2019 forensic report on LCS project to be declassified after PAC exposes mismanagement of funds.

Sorry Ahmad Zahid, but looks like the forensic report will be declassified after all! pic.twitter.com/6Ou9cPHAtA

Around 200 protesters held a public demonstration at the SOGO shopping complex in Kuala Lumpur today despite a brief drizzle during the protest. The group demanded the resignation of the Defence Minister, Hishammuddin Hussein over the LCS scandals. August 14, 2022. pic.twitter.com/Qn4PJ4yUbE

However, the decision will only be made at the BN Supreme Council meeting.

We know that the blue wave is rising again, and BN’s spirit is at its peak. If we are in a state where we are not strong, surely not many people would want to join BN.

While putting an end to its partnership with PAS, the move would ensure BN remains dominant if it wins the election and forms the government later.

No BN MPs Pledged Support for Muhyiddin as PM – Zambry