They were lured by jobs which promised to pay as much as RM7,000 a month. 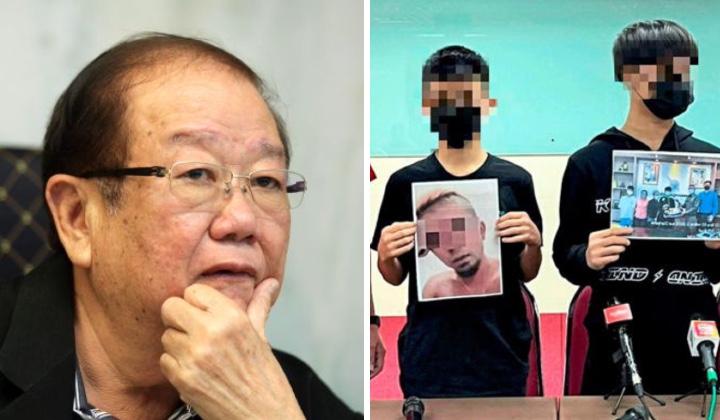 Three months after being deceived by a human trafficking syndicate in Myanmar, two teenagers finally returned safely to Malaysia.

The 14 and 15-year-old boys from Bera, Pahang, arrived in Malaysia on 24 June after various matters, including documents, were settled.

The syndicate initially released them on 2 April after their families paid a ransom.

The syndicate could not find a use for them after failing to reach their targets.

The posting offered customer service jobs with salaries of RM5,000 and RM7,000.

The high salary is very attractive because I also want more freedom. My friend and I were taken to Myanmar on 22 March, where we were detained at the compound in Marwadi.

The 15-year-old victim relating his ordeal and why he fell for the scam.

The victims were speaking at a press conference organized by MCA Public Service and Complaints Department chief Datuk Seri Michael Chong at Wisma MCA on 25 June.

The Beginning Of A Nightmare

The boy only became aware of the syndicate’s cheating when he was forced to work for a transnational scam syndicate, which allegedly stole millions of dollars from victims.

The syndicate gave him a booklet on what to talk about and told him to con the victim, who was a Chinese national abroad.

The duo was forced to work from noon to midnight daily, and they were given about RM900 as food allowance.

They were also monitored by armed guards tightly guarding the syndicate’s compound.

On the accommodation, the victim said he was housed in a six-person room.

There are many people in the compound, including other Malaysians. I also see people being punished if they fail to do their job, including being cheated. Fortunately, I escaped such punishment because my friend and I were still too young.

The 15-year-old victim on the treatment meted out by their captors.

High density area based on the amount of parked cars alone. https://t.co/mljymst5Vo pic.twitter.com/3zf4hSnouh

After about a week of work, the two victims failed to achieve any targets set by the syndicate.

They appealed to the ‘boss’ to release them, and they finally did it after their family paid the ransom.

Meanwhile, Chong said the kidnappers initially demanded 300,000 yuan (RM198,951) from the families of the two boys.

After some negotiations over the phone, they agreed to release both for a lower amount.

Chong said the traffickers were probably worried by the media coverage on the issue of human trafficking, so they want to get rid of the boy as soon as possible.

They took the boy to Thailand and placed them in a hotel in the border town of Mae Sot.

A friend who is a businessman based in Thailand takes care of them and manages their accommodation and food.

The friend cared for the boy for about a month, during which he helped with the boy’s documents with the help of Thai and Malaysian authorities.

Datuk Seri Michael Chong on the teenagers’ journey to freedom.

They were then taken to Bangkok, where they were placed in the Immigration detention centre while their documents were being prepared.

Finally, after three weeks in the detention centre, their documents were completed with the help of the Malaysian Embassy in Thailand, and they were sent home on Friday.

Chong said the department had received about 78 reports of Malaysians being cheated abroad by syndicates.

The other eight are still in prison in Cambodia, and we hope they will be returned soon. We urge Malaysians to be more careful about accepting such dubious job offers abroad.