The boy was rescued after three days of confinement. 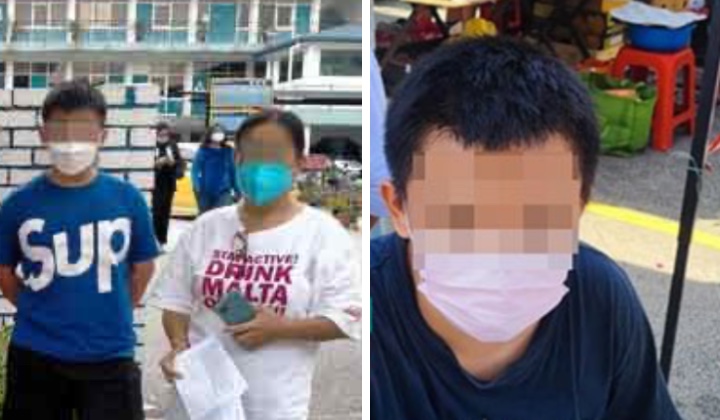 A 14-year-old boy from Kuala Lumpur had an absolute nightmare after being kidnapped and nearly trafficked to Thailand.

The boy had left home and headed to Johor after hearing of a work offer in Thailand that pays RM1,800 a month.

He did not think much as he needed money to fund his online gaming habit.

Later, he was shocked to find out that he had fallen victim to human trafficking.

Upon reaching his destination, he was held by a syndicate and locked up in a wooden house.

Boys Will Be Boys

According to China Press, the boy ran had away from home on 22 March this year.

After 24 hours of unsuccessful contact, his family went to the police station to report the case and then posted a missing person notice on social media.

Finally, with the help of his primary school teacher, he was successfully found.

The teenager’s mother, a 49-year-old hawker, told the press that her son was encouraged to leave home by an online friend who was also 14 years old and lived in Johor.

My son met the person in the game, and the other person also dropped out of school and came out to work very early.

The boy’s mother explaining on her son’s addiction to online gaming.

The mother said that her son hates going to school. He is addicted to online games and often asks his family for money to buy game credits.

When the online friend told him of the high-paying job, he fell for it.

Without informing the family, he left home and took a bus to Johor by himself to look for his friend.

The first night after he arrived in Johor and met his friend, he was locked in a wooden house.

He was terrified of the dark, and he also vaguely heard from people outside the house that they would sell him to Thailand.

The mother said her son’s photocopied ID was also confiscated when he arrived in Johor.

Fortunately, after seeing the missing person notice, his primary school teacher, who usually played games with the teenager, actively contacted his friends.

The teacher asked them to help find the boy’s whereabouts.

Finally, they successfully located the teenager the next day and told the family of his location.

When we went to Johor to pick up our son, we were told by a 14-year-old boy that he had to pay for food, clothing, housing and transportation for the past three days and asked us to pay him RM300. Otherwise, we would not have him. Now my son is back.

The mother expressing relief that her son is rescued.

The family then went to the Petaling Jaya Police Station to close the case.

The investigating officer reprimanded them for disregarding their safety.

Police said they should not have gone to bring back the son without contacting the police, as the kidnappers could be armed.

Meanwhile, the boy’s friend – who persuaded him to take the job offer – could no longer be contacted.

There had been reports of Malaysian teenagers being lured by high-paying jobs in neighbouring countries.

Chong advised families to lodge a report with the police, or seek help from Malaysian-owned businesses in the country where their loved ones are held.

He warned that many families had paid the ransom but their loved ones did not return.