10 bodies including Putrajaya and the Selangor state government were named as defendants in the class-action suit. 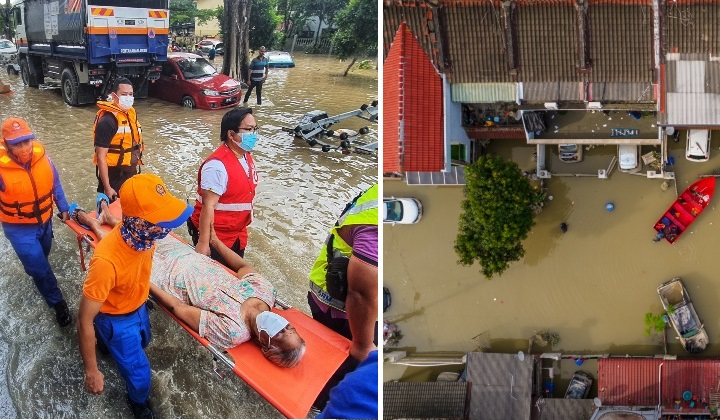 Fifty Taman Sri Muda residents that were affected by the massive floods last December have filed a suit against Putrajaya and nine others for negligence, reported Malay Mail.

The suit was filed by Messrs Tanes, Khoo & Paulraj in the High Court in Shah Alam on 22 June.

The group named the director-general of the National Disaster Management Agency (Nadma), a minister in the prime minister’s department, the environment and water minister, the meteorological department’s director-general, the irrigation and drainage department, the Shah Alam City Council, KDEB Waste Management Sdn Bhd, Tenaga Nasional Bhd (TNB), the Federal government as well as the Selangor state government as the defendant in the lawsuit.

They are also asking for general and aggravated damages for “pain and suffering, emotional distress and mental anguish” to be assessed by the court, the report state.

The group’s Lawyer V. Vemal Arasan, said that he and Datuk Gurdial Singh Nijar have been engaged as counsels while the law firm Tanes, Khoo & Paulraj led by lawyer James Joshua Paulraj are acting as solicitors on a pro bono basis.

Among others, the plaintiffs claim that Nadma’s had failed to implement natural disaster management.

They also said that the Meteorological Department failed to warn the resident of the bad weather which led to the flood in an effective and timely manner.

The group also claim that the Department of Irrigation and Drainage had failed to develop and manage the Klang River flood system, adding that the development projects surrounding Taman Sri Muda aggravated the floods as the drainage system of Taman Sri Muda was overloaded.

The case management had been fixed for 25 July.

Taman Sri Muda is one of the worst-hit areas in Shah Alam during the December 2021 massive flood which displaced over 14,000 people in Selangor.

During the disaster, parts of Taman Sri Muda were swallowed by water as deep as 4 meters.

At least 25 casualties were reported during the flood in Selangor whereby the majority of the death occurs in Taman Sri Muda.

Flood is a recurring theme for the area as it was reported that there have been multiple floods every year there since 2019, with the water levels rising knee-high.

Please Stop Giving Me Gifts: Abang Viva Refuses To Do Live TikToks Because He Doesn’t Want Anything In Return