Water level at Sungai Rasau in Taman Desa Kemuning, Klang has breached its danger level of 3.02m with a reading of 3.01m at 6.15pm. 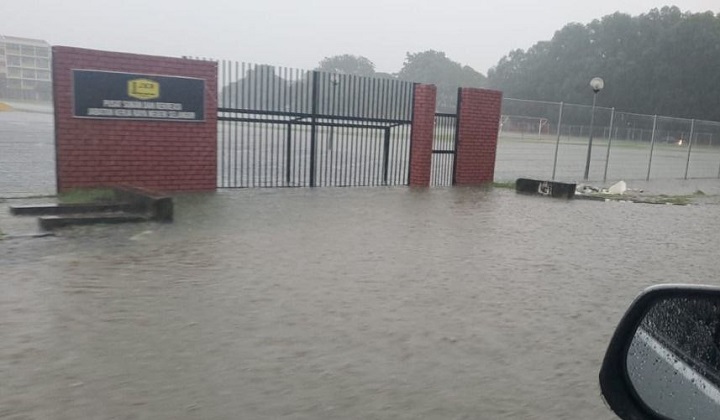 A downpour that lasted over two hours led to floods in Shah Alam, again.

With the Meteorology Department (MetMalaysia) warning of the start of the northeast monsoon beginning yesterday, heavy rain today in the Klang Valley saw several areas in Shah Alam, including Seksyen 17, inundated.

Social media users shared photographs and videos of the situation, with Bernama sharing an update on Twitter that water had also entered a home in Kampung Bukit Naga in Seksyen 32, Shah Alam.

The Vibes reported that Taman Sri Muda was also among the areas hit.

We were also informed by a resident that the JKR premises in Seksyen 17 is flooded with water also rising in Seksyen 18 and Seksyen 24 heading towards Seksyen 17.

Meanwhile, according to the Infobanjir portal, water level at Sungai Rasau in Taman Desa Kemuning, Klang has breached its danger level of 3.02m with a reading of 3.01m at 6.15pm.

Sungai Damansara in Kampung Melayu Subang, district of Petaling also breached its danger level of 17.4m with a reading of 17.58m at 6.15pm.

None of the rivers in Kuala Lumpur have breached their alert levels as at 6.45pm.