A transparent plastic packet containing dried plants suspected to be cannabis was also found in the suspect’s car. 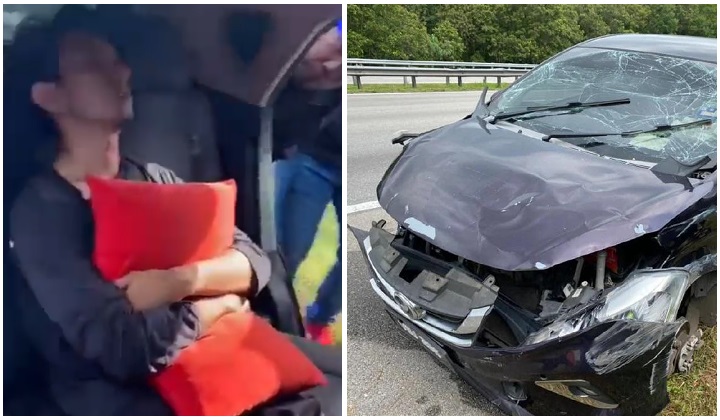 The police arrested a Myvi driver who tested positive for drugs after he was believed to have caused a five-car accident on the North-South Expressway southbound yesterday.

According to Seremban district police chief ACP Nanda Maarof, the 28-year-old man was arrested at the scene of the accident.

The police also seized a transparent plastic packet containing dried plants suspected to be cannabis weighing 3.39 grammes which was found in the suspect’s car.

“The suspect, who is unemployed, has been remanded for four days starting today (yesterday). The case is being investigated under Section 6 and 15(1)(a) of the Dangerous Drugs Act 1952,” he was quoted in a Bernama report.

A video of the accident had since gone viral over social media.

The video showed the suspect hitting the rear of a Toyota Avanza on the right lane of the expressway which caused the vehicle to turn several times and hit two more cars.

The Toyota Avanza’s rear tyre was also thrown to the opposite lane, before hitting another Perodua Myvi.

All victims escaped the incident unhurt.