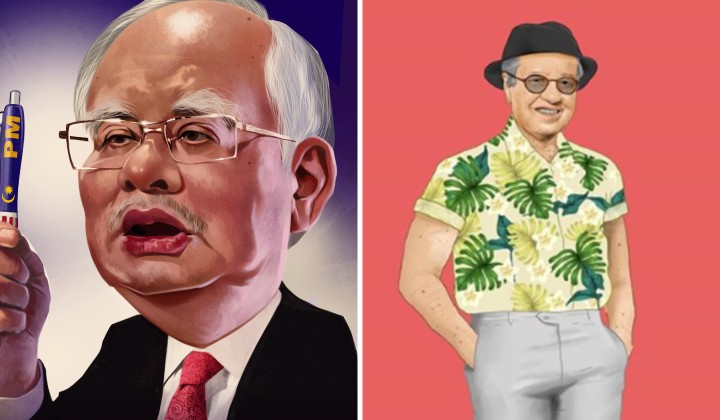 Itâ€™s hard to believe that 2010 was (almost) 10 years ago, and as the decade comes to an end, it seems as though everyone around the world has been hit with a wave of nostalgia.

Start of End of
the decade the decade pic.twitter.com/KLKncLRaJM

Start of the End of the decade decade pic.twitter.com/ugcQRhUurb

So as we usher in Wawasan 2020, let’s celebrate by looking at some of the country’s most eventful moments in Pop Culture and how Malaysia looked at the start of the decade compared to how it is now at the end of the decade.

Malaysiaâ€™s viral landscape doesnâ€™t look like it did a decade ago. Back in 2010, smartphones, mobile browsing, and social media were still relatively new and TM just unveiled its UniFi plan that had the â€œbreakneckâ€ speed of 2Mbps. People were texting each other on their Blackberries or showing off their â€œnewâ€ touch screen phones while updating their statuses on their Facebook â€œwallsâ€.

Now at the dawn of 2020, Malaysia became one of Southeast Asiaâ€™s biggest social media consumers.

The countryâ€™s internet penetration rate as of 2019 was at 80% with Malaysianâ€™s spending an average of 8 hours a day browsing online and spending up to 3 hours daily scrolling through social media looking at dank memes and posting up videos on TikTok to become the next social media influencer with our 5G smartphones.

Back in 2010, the popular pastime of â€œNetflix and chillâ€ was still unheard of, and Malaysians had to get their dose of cinematic entertainment the hard way; either by illegally downloading their favourite content online (which TRP does not endorse BTW), or taking a trip to the local cinema to catch the latest box-office movies.

And that year, millions of Malaysians were taken on an interstellar journey to a faraway planet dominated by tall, blue monkeys as James Cameron’s Avatar was the top-grossing movie of the year, making over RM30 million at the cinemas.

Though online streaming services such as Netflix and Amazon has taken over the bulk of our lives in 2019, Malaysians still crowded the cinemas to witness the end of an era, as Avengers: Endgame brings a conclusion a spectacular 11-year saga between the forces of evil and earth’s mightiest heroes.

The film became the highest-grossing movie of all-time in Malaysia and had a record-breaking collection of RM80 million in ticket sales.

2019 was also marked with great accomplishments for Malaysia’s very own visual animation scene with the international success of Batik Girl – animated film by The R&D studio about a young girl from Terengganu discovering the magic of batik – and the nomination of the Upin & Ipin movie for ” Best Animated Feature Film” at the 2020 Oscars.

Though we didnâ€™t have Spotify to jam to back in 2010, Malaysians were still rocking to some of the hottest and most memorable tracks of the time.

The world (Malaysia included) was partying non-stop to the sounds of Ke$ha with her hit song TiK ToK back in 2010 and heartbroken lovers everywhere were bleeding their hearts out to the tune of Need You Now by Lady Antebellum.

Now, our worst fears have been realised everyone is doing “finger hearts” as K-Pop has relatively taken over the Malaysian airwaves with Korean boy group, BTS became the â€œMost Streamed Artistâ€ on Spotify as of 2019.

But looking closer at our local music scene, the end of the decade also saw the rise of local musical talents, with local MCs K-Clique becoming the “Most Streamed Local Artist” of 2019.

Now, where would Malaysia be without our delicious and delectable foods, drinks and snacks? Even though Malaysia has gone through quite a culinary journey over the past 10 years, with our love for spicy foods and all things cheesyâ€¦

But when it comes to the food item that defined both 2010 and 2019, none can take away our affinity for the sweet things in life, as the Bubble or Bobba Tea trend still remains on the taste buds of Malaysians at the end of the decade ever since the first Chatime burst into town in 10 years ago.

Now you can practically see a Bubble tea shop on almost every street corner, serving up Malaysian with a wholesome cup of diabetes-infused goodness.

Malaysiaâ€™s fashionistas have been hard at work keeping up with the latest fashion trends of the decade.

2010 saw the global phenomenon of the â€œHipsterâ€ sub-culture making its way into the Malaysian â€œmainstreamâ€ emphasizing an individualâ€™s style, authenticity and uniqueness in their everyday clothing.

It seems like Malaysians everywhere were dressing in anything remotely “vintage” and almost every man would have an overly manly moustache.

Nowadays, “street style” has seemingly become the dominant fashion force of 2019 as trendy Malaysians flock online shopping stores to get the latest in athletics wear and indulge themselves in fancy, overpriced cool and, contemporary clothing.

With the advent of the internet and technological advances, 2010 saw the rise in interest towards Malaysiaâ€™s art scene when local artists began to shift away from more traditional mediums towards a digital canvas, showcasing and publicizing their works online directly to a growing audience.

And with the coming of the internet meme culture gnawing away at our brains. It seemed like every Malaysian had their fair share and contribution to the ever-expanding meme universe.

Now at the end of 2019, Malaysians can freely explore the arts as galleries and exhibitions flourish accross the nation. While our cyberspace is flooded almost every day with wondrous creations made by numerous artists, illustrators, graphic designers, animators and of course your almighty meme lords.

Now we canâ€™t talk about the start and end of the decade without straying a bit into the political landscape of the country and how much things have changed since 2010.

The decade began with the Barisan National coalition still in power, and Malaysiaâ€™s 6th Prime Minister Datuk Seri Najib Tun Razak has just completed his first year in office, hot on the tail of realising the â€œ1Malaysiaâ€ dream of promoting national unity and transforming the country into a high-income, developed nation.

Now 10 years down the road, our minds are set on â€œMalaysia Baruâ€ with the Pakatan Harapan government in the 2nd year of its tenure under the leadership of the worldâ€™s oldest head of government, Tun Dr Mahathir Mohamad.

While Najib Razak is in the midst of one of the countryâ€™s biggest political scandals, facing charges against abuse of power, criminal breach of trust and money laundering.

As Malaysia exists as a harmonious, multifaceted society, so is our exposure and experiences to the unique and beautiful elements of pop culture that is constantly evolving with the times.

Do let us know of some of your pop-cultural references of the decade that weâ€™ve might have missed.