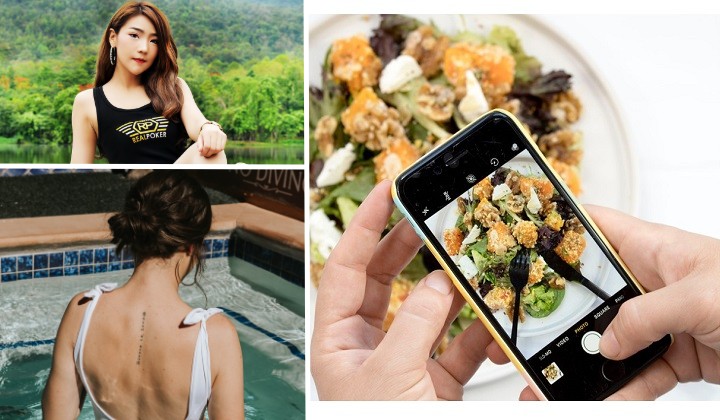 Ask any kid what they want to be when they grow up and the answer is almost always â€œinfluencerâ€ or â€œYouTuberâ€ or anything related to internet fame, actually.

But it looks like these kids may need new career #goals because InfluencerDB has got some bad news.

They calculated the engagement using the Like Follower Ratio (LFR) which is basically number likes per post in relation to number of followers.

When looking at the numbers, the data scientists discovered that
the engagement rate for influencersâ€™ posts have gone down to a mere 1.9% when
this number was a loftier 4.5% in 2016.

Travel influencers seem to be hit the hardest as the average
Like Follower Ratio drop to 4.5% compared to 8% in 2018. So all those #wanderlust
posts were pretty much useless lah.

Thatâ€™s not all though, all the #sponsored posts are getting
less likes too. The report states that the engagement rate for sponsored posts is
only 2.4%. The number was 4% in 2016.

Revelation #2: Malaysian influencers have a lot of fake followers.

The audience quality grade for Malaysia is only 31.2%. Thatâ€™s an F!

Even Indonesia did so much better than us with a respectable
51% audience grade.

FYI, the lower the grade, the higher the number of fake
followers. High scores were given to Germany and France with over 65% audience
grade.

According to InfluencerDB, itâ€™s a no.

They say that the landscape is just changing and evolving. BUT, they do agree that the â€˜gold rushâ€™ of influencer marketing is over. Companies canâ€™t just use the â€˜spray and prayâ€™ (or â€œthrow moneyâ€ according to our mums) technique for optimal results.

Thereâ€™s also a bit of silver lining in the report. Smaller accounts have better engagement compared to influencers with big follower numbers.

It looks like you donâ€™t need to abandon your dreams, fellow kids!

Ps: If you REALLY want to go crazy on your wanderlust posts, weâ€™ve prepared a list of 11 visa-free international party spots that Mâ€™sians can visit over a WEEKEND.

CORRECTION: A previous version of this article included posts of local personalities. We did not intend to target anyone personally nor imply that the issues raised in this article was in reference to them.