Police say those involved were fighting over computer and laptop shop customers. 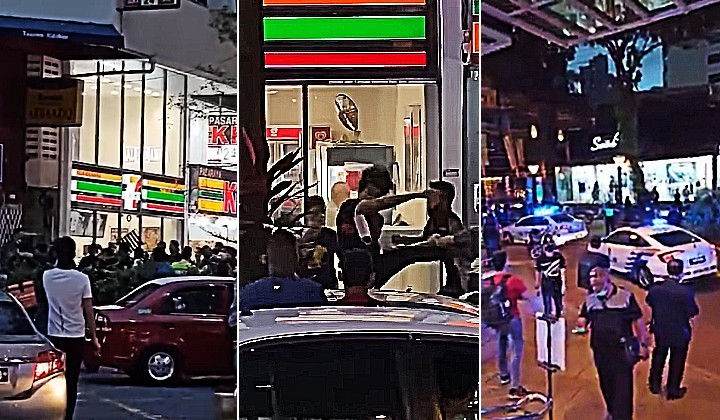 Viral videos of a street brawl that broke out at the Low Yat Plaza IT shopping centre in Bukit Bintang, Kuala Lumpur yesterday (4 December 2020) has netizens concerned about more Covid-19 outbreaks.

Footage of the fight saw a large group of people dishing it out in front of shop lots outside the mall as several onlookers stood by.

Several men were heard shouting and seen trading blows with one another while others tried to break up the scuffle. Even a chair was lifted up in the air at one point.

The clash later continued inside the mall and ended when police arrived at the scene. Reportedly, 42 people between the ages of 20 to 35 were arrested.

According to the police, the entire altercation was allegedly sparked from a dispute at an IT shop over customers and stressed that it was not at all racially motivated.

The fight allegedly happened because of a dispute over customers at the shops selling computers and laptops.

In 2015, a supposedly racial-fueled incident erupted at Low Yat Plaza which later led to the opening of the arguably failed MARA Digital mall project.

With those seen participating in the clash obviously breaching Covid-19 physical distancing, hygiene and masks rules, many were concerned that the event would lead to another coronavirus cluster emerging in the city.

Others were also surprised and curious to know why there were so many people at the scene despite the current Conditional Movement Control Order (CMCO) enforced in the Klang Valley.