The first Gordon Ramsay Bar & Grill outside of London is opening in Malaysia and it sounds like a delicious fusion of food. 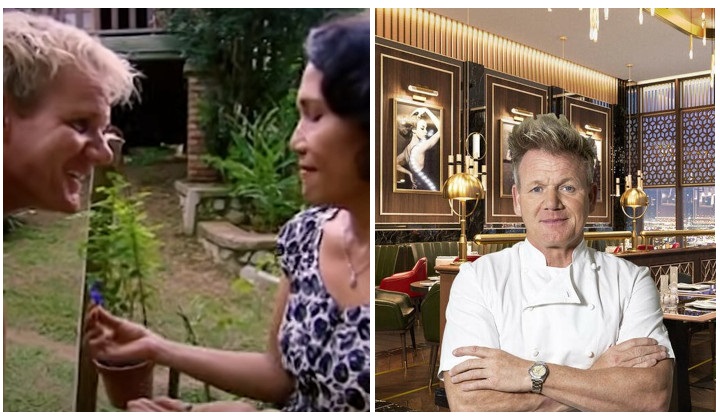 The culinary world’s foul-mouth yet fascinating celebrity television chef Gordon Ramsay is opening a restaurant soon to a location near you at Sunway Resort.

Gordon Ramsay Bar & Grill, the most popular brand of his 43-strong restaurant empire, was first announced in January this year to open in June but now is slated to open in the fourth quarter of 2021 as renovation is still underway.

This will be Gordon Ramsay’s first restaurant in Malaysia and the first Gordon Ramsay Bar & Grill outside of London.

Ramsay told The Star that the reason he decided to open his first restaurant in Malaysia was because of the incredible growth and great energy this part of the world has.

Perhaps as a result of our tourism motto from the 90s, Ramsay has always been “fascinated by Malaysia” and was super happy when the opportunity arose to open a restaurant here.

Met his fiery match over 10 years ago

I wonder if his experience with Aunty Aini of the infamous Aunty Aini’s Garden Cafe in Negeri Sembilan had anything to add to his fascination.

In his television series Gordon’s Great Escape, Ramsay visited Malaysia and like his celebrity chef counterpart Anthony Bourdain, took a trip to sample the delectable food at Aunty Aini’s cafe.

Unlike Bourdain describing his experience with her as “charming”, Ramsay described her as having a “temper as fiery as a barbecue”.

But all in good humour as seen in this funny clip from the episode that aired in May 2011.

In the same episode, Ramsay said to have had his eyes opened to “proper Malay cooking” with an introduction to the popular cooking style of “agak agak” or cooking by intuition.

“European style of cooking is an*l” he is heard saying. “It’s got this long list of ingredients and is weighed to its finest detail.”

Whether he will bring the “agak agak” way of thinking to his restaurant here is yet to be determined, but we can expect a mix of British Grill Classics like Beef Wellington and steaks.

But also expect a fusion of cuisines as opening in Malaysia allows him to mix cuisines with some of the ingredients from this region.

I’m excited for people to try my rendang short ribs as well as the Crab and Corn Laksa!

Gordon Ramsay in an interview with The Star