His legacy lives on. 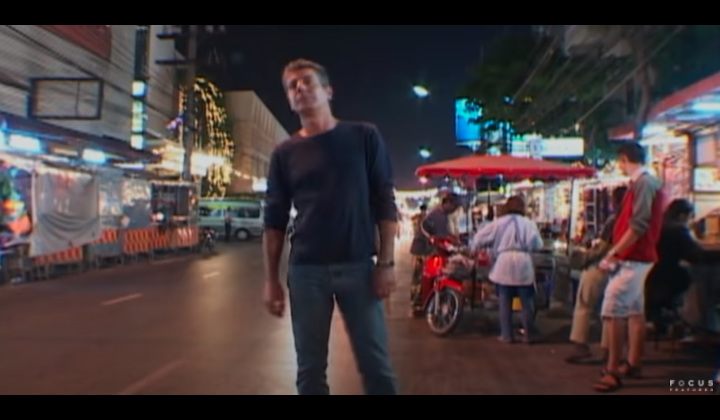 Foodies, wanderlusters, and fans of exceptional people were in for a treat recently when the trailer for a film about Anthony Bourdain dropped.

ROADRUNNER: A Film About Anthony Bourdain, directed by Academy Award-winner Morgan Neville, comes nearly three years after his death. Focus Films released the first trailer for the film showcasing an intimate, behind-the-scenes look at how an anonymous chef became a world-renowned cultural icon.

In his years as a travel host and documentarian, the renowned chef and writer had made several visits to Malaysia, displaying to the rest of the world some of his favourite foods to eat, places to visit, and friends that he made along the way.

In view of the documentary that comes out in July, let’s reminisce the times Anthony Bourdain brought Malaysian food to the global forefront.

In a 2005 episode of Anthony Bourdain: No Reservations, Bourdain visits Kuala Lumpur and together with our very own Chef Wan, visits a night market in Kampung Baru.

There, Chef Wan gives Bourdain some Banana Flower Curry (banana blossom with anchovy paste) and warns him about the dish tasting like rotten fish. Unphased by the warning, Bourdain excitedly says “Oh that’s great! It’s really good!” before cheekily adding “I’ve had a long history with rotten fish, I really like it.”

In the same episode, Bourdain treats himself to a local mamak shop after having climbed the steps at Batu Cave.  It is there he tries Sup Torpedo (bull’s penis soup). Though hesitant to try it at first, he found it absolutely delicious after.

While visiting Penang during the Chinese New Year season in 2012, Bourdain says in an episode of No Reservations, “Every time I come to Malaysia, there’s one thing I gotta have, Laksa. It’s everything I love, in one bowl.”

In the episode, he describes the dish as “bl**dy magnificent” while describing the preparation as ‘a bit of this, a bit of that, and more of this, and lots of this’ – referring to the various vegetable, chilli condiments and fish broth that make the dish.

In an Instagram post from 2015, Anthony Bourdain posted a picture of Sarawak Laksa and called it the “Breakfast of the Gods”.

In his show Parts Unknown, he described the dish as a “masterpiece of pain and pleasure” for its spiciness. He loved it so much that he wanted to include it in his big New York food market project that would see a collection of the world’s greatest foods.

To beat jetlag upon arriving in Borneo, Bourdain’s first order of business is – dinner! And what does he have? Noodles, black pepper crab, and what seemingly is his favourite dish in the clip – char kuey teow.

Talking to his plate of char kuey teow he says “Look at that greasy, fatty…yes. Come to daddy”.

Bourdain later made his way to Negri Sembilan for the second time to film a clip of Parts Unknown at Aunty Aini’s Garden Café in Nilai.

Aunty Aini, the actress-turned-chef, was described by Bourdain as “charming” and “fabulous” and her kampong-style dishes as having been “prepared with a staggering finesse and precision.”

Not just food, but culture too

Anthony Bourdain has not only brought Malaysia to the global culinary forefront, but he also introduced the world to our country’s culture like visiting a night market (pasar) in Kampung Baru, a remote Ibanese Village longhouse, trekking the jungle with a headhunter named Itam, and getting a second traditional Iban tattoo in Borneo.

Though he may be gone, his legacy will live on and ROADRUNNER: A Film About Anthony Bourdain may just be the perfect way to start.

Bourdain, who tragically took his own life three years ago at the age of 61, first rocketed to stardom with the breakout hit of his 2000 culinary memoir, Kitchen Confidential.

If you or anyone you know is thinking about suicide or is affected by suicide, call the Befrienders suicide helpline at +6 03 7627 2929 [24 hours]