Netizens also think the new feature makes it safer for women on the road. 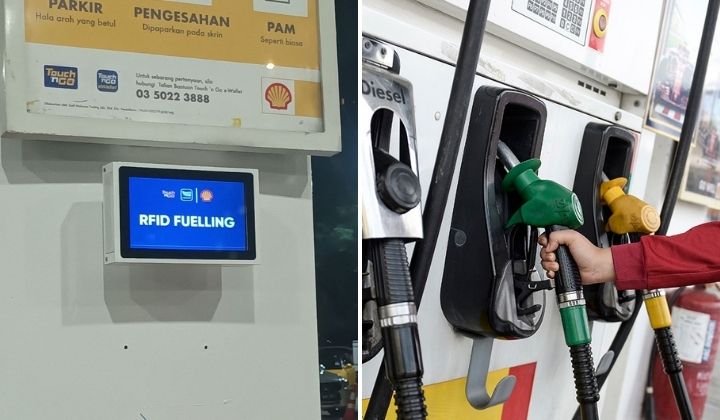 The new RFID refuelling at some Shell stations has many netizens excited due to its convenience and ease of use.

A Twitter user Thevesh shared that he managed to refuel his car without the need to take out his wallet or phone.

To use this feature, you just need to:

Thevesh’s sister and girlfriend, who were in the car with him, believed that this ‘futuristic’ process makes pumping petrol a safer experience for women on the road too.

Call me overly excited, but RFID refuelling really made me feel like I was living in the future. Hot damn.

I refueled without touching my wallet / phone – so exciting! pic.twitter.com/YNX76Nz2mo

Netizens, especially the women, said that they love that they could refuel their car conveniently and quickly.

A netizen said RFID refuelling would help reduce her anxiety when she fills up her car at the petrol station. She couldn’t wait to test the process herself.

However, RFID refuelling might not be the first choice for others who want to collect rebates using their credit card.

Now, if only we have an RFID sticker for the body so we can walk through LRT gates without the need to dig our bags or pockets.

In addition, another netizen pointed out that it would be nice if there was a station attendant to help lift the nozzle and pump petrol.

They wouldn’t mind paying extra for the service too. Thevesh said there’s an attendant at Shell Manjalara but he wasn’t sure if it’s regular service.

At Shell Manjalara, there's usually an attendant. I don't know if this will be a regular feature or not.

Glad to hear you mention premium, but remember to do it by cash so it goes straight into their pockets!

Which station has RFID refuelling?

So far, only 5 Shell stations have this feature and they are:

You can also look for the petrol stations with RFID refuelling services on Shell’s website.