The Malaysian was sent back to Malaysia after he could not meet KPI and was punished. 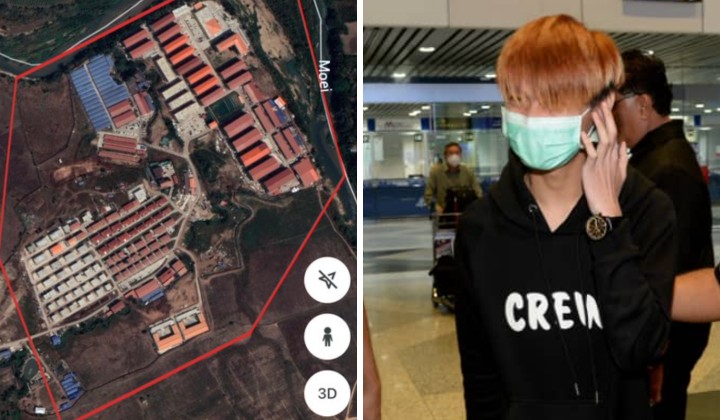 A Malaysian slave labour was forced to eat rat meat with mustard sauce and bread while detained in Myanmar.

The diet was punishment for failing to meet the Key Performance Index (KPI) set by the criminal syndicate controlling him.

The man shared his story after getting away from the notorious KK Park in northern Myanmar and returning to Malaysia recently.

Parents & siblings of Malaysian job scam victims appealed to Beijing to help save their sons and daughters who are held captive in the notorious KK park in Myawaddy, southern Myanmar. Earlier, led by NGOs, they attempted to hand over a memorandum to chinese embassy in KL . pic.twitter.com/XWbjrvlIIy

He told Sin Chew when met at the Kuala Lumpur International Airport (KLIA) that he was tricked into working in Myanmar and lived an inhumane life for 10 months.

The 21-year-old Chinese man was lured by a high-paying job advertisement on Facebook in February this year.

He thought he would work in Kelantan but was kidnapped and taken to Myanmar to work for an online fraud group.

After repeated requests to the person in charge of the group, he finally obtained the other party’s consent to release the person at RM40,000.

After being transported to the Thai border, he sought help from a man named Wong, a Malaysian businessman.

He was met by Datuk Hishamuddin Hashim, the organisation’s secretary-general, upon his arrival at KLIA.

Thousands Of Malaysians Are Still Trapped

The victim, who did not want to be named, said that when he was imprisoned in KK Park, he was forced to work 17 hours a day.

If he failed to meet the KPI, he was punished by being forced to eat rat meat and other corporal punishments.

According to his observations, thousands of Malaysians are still trapped in KK Park.

The only way for victims to return home is by bringing in a certain amount of money through scams.

The amount of money is based on the rules of their respective groupings.

Malaysian man who applied for job as translator in Thailand injected with unknown liquid before being taken to KK Park in Myanmar https://t.co/Izf2rgQQx2

For his safe return to China today, he is particularly grateful to Wong, Hishamuddin and the Malaysian government.

He also hopes that fellow Malaysians will learn from his experience and not follow in his footsteps.

Lured And Trapped Into Slavery In South East Asia

Modern slavery has become a heated topic among Malaysians ever since the issue was first raised and reported in great lengths on local media.

Initially, many thought those were isolated cases involving fewer than a few hundred people.

Nevertheless, as time passed, the issue snowballed into a major regional issue involving not just Malaysia.

It also affected other regional countries and territories such as China, Hong Kong and Taiwan, whose citizens are forced to work illegally as scammers in Myanmar, Cambodia, Vietnam and even Thailand.

So far, the various countries involved are still unable to come up with exact statistics on the number of victims from their respective countries.

And with so many rumours circulating, we cannot tell whether they are real or false.

It has been said that as many as 100,000 Chinese nationals have been scammed, while the Taiwanese authorities have estimated over a thousand Taiwanese have been victimized.

As for Malaysia, we can only estimate that at least thousands of people have fallen victim to job scams from what we have heard from the rescued victims.

Andy Vermaut shares:Malaysia under pressure to use Asean as platform to tackle human trafficking, end job scams: NGO calls on Malaysian PM to get Asean counterparts, including Laos and Cambodia, to close down scam syndicates operating in their… https://t.co/4dgMLkRB10 Thank you. pic.twitter.com/jX1tgNwjxZ