The couple sang popular contemporary and classic Chinese songs, including The Moon Represents My Heart by Teresa Teng. 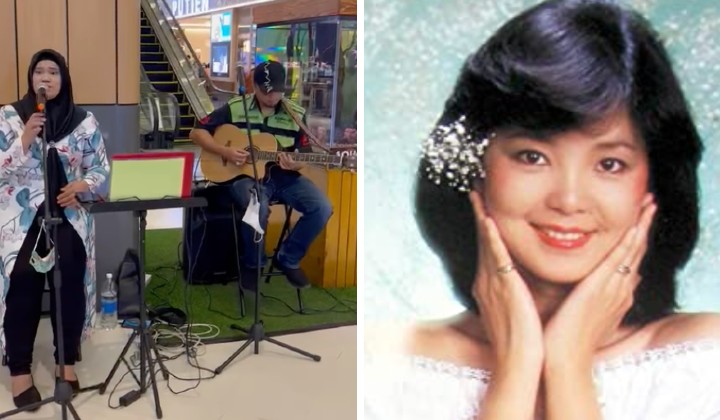 In Malaysia, it’s not uncommon to see Malays and Indians speaking Chinese, given its multicultural society and vernacular schools.

But a Malay couple has been turning heads with their rendition of Chinese songs in shopping malls around Kuala Lumpur, such as Pavilion Bukit Jalil.

The woman would sing the songs while the guy would play the guitar, usually at food courts, serenading the patrons as they dine.

Their performances have been recorded by passersby and posted to social media, including Facebook, TikTok and YouTube.

The numbers include the love ballad “The Moon Represents My Heart”, made famous by the late Taiwanese singer Teresa Teng, and is a song which most Chinese people know by heart.

The public is incredibly amazed at the woman’s proficiency in Mandarin.

Many commented that she could articulate the words clearly despite her slang as a non-native speaker.

Many said they would gladly tip the couple in admiration of their hard work and determination.

The public also hoped that more Malaysians would busk and perform songs from other communities.

Keluarga Malaysia’s concept calls on the people to put aside all differences and face challenges as a family.

Ismail Sabri said the inclusive nature of the concept transcended the boundaries of religion, race and ethnicity and is essential in the efforts to help the country recover from the pandemic.