The victim’s son could not get any funeral arrangement until he came across Uncle Kentang. 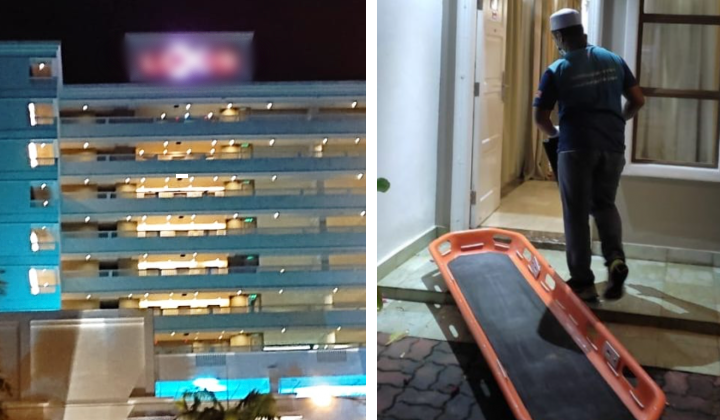 It’s easier to donate a few thousand ringgit to charity and think oneself noble than to go down to the ground to help the poor and needy.

Recently, he received a call for help from a person whose mother had just died at a hotel in Port Dickson.

His mother had just arrived from Kedah for a holiday. She came by herself and was without her husband and children.

According to Kuan, the cause of death was an illness.

He said the victim’s son could not find funeral arrangement services at such an hour in Port Dickson.

The son then searched on Google and came across Uncle Kentang on the internet.

Kuan said he would usually turn off his phone before he goes to sleep, but somehow he did not do so that night.

He said it could be just a coincidence, but he would rather believe that it was divine intervention helping a son who had just lost his mother.

No One Is Perfect

Kuan is one of the leading community activists in the country, helping the needy through various unique but effective initiatives.

Besides ambulance facilities, his efforts in alleviating the burden of the poor and needy include 10 sen taxis, temporary accommodation, emergency assistance, food donation and many more.

Kuan, who comes from a poor family, said his goal is to bring out the unity among Malaysians and be together in difficult and good times.

Kuan said he was inspired by the sacrifices of his mother and father who gave their all to raise his 10 siblings.

Despite his good works and recognition from the public, Kuan had his fair share of critics.

Some of his thoughts and deeds had also been questioned and criticised by the netizens.

Some had accused Kuan, who hails from Batu Pahat in Johor, of being associated with shady characters.

Whoever still brings up
Uncle Kentang is a BxStxd

Nicky Liow Boss
is GOLDEN TRIANGLE TRIAD KINGPIN,d CARTEL your OPPO MASTER n u GROVEL ON ALL 4s FOR.
How u obtain
Yr FREE 5 STAR INCENTIVES, vacays gifted by MALAYSIAN OPPOSITION..
BASED ON VICE,FLESH TRADE, DRUGS,CRYPTO,SCAMS