Uncle Kentang asked the people not to be envious of neighbours who extended their apartment. 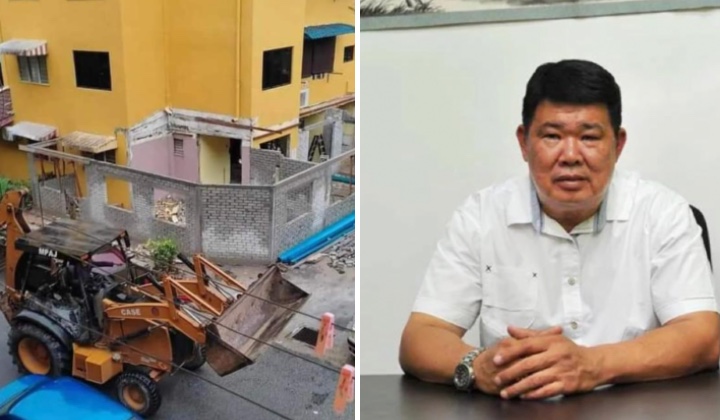 Community activist Kuan Chee Heng urged local governments (PBT) to consider lighter penalties such as fines against flat owners who renovate the structure of their houses without permission.

Kuan, better known as Uncle Kentang, said if the renovation of the flat had lasted for decades and did not interfere with the safety of the occupants of other units, it is enough to fine the homeowners.

He explained that this is because the old flats built by the government are too small to have only two rooms and one bathroom, thus making life difficult for families, especially the poor.

Uncle Kentang on why illegal renovation should be tolerated.

Uncle Kentang said that flats are also not family-friendly especially for couples with many children.

Better To Be Homeless Than Living In A Flat?

Kuan said among the factors for the existence of homeless people in the country is the condition of houses or flats.

He noted that flats are cramped and uncomfortable, causing people to choose to sleep on the streets.

This thing is a long-standing problem. Just look at the Dato Harun village. It’s sad especially when the families have many children. Homeless people sleep better in the streets than in flats.

Uncle Kentang on flats not having not having enough space for the whole family.

He added that the cramped living condition is also a factor that led to many divorces.

Kuan said it is difficult to have a harmonious marital relationship due to people not having their personal space, thus triggering marital conflict.

He said the condition is so bad that family members had to take turns using the toilet.

Large Apartments Are Perfect For Family

Therefore, he said, the government needs to build more comfortable flats if it sincerely wants to help the people.

Kuan said it would be good if the government can provide affordable flats with at least four rooms and two bathrooms.

At the same time, he also advised people who often feel envious of neighbours renovating their houses to be more open-minded and pure-hearted.

Kuan reiterated that it should be tolerated as long as it does not disturb others.

Not everyone lives happily, the renovation is from hard earned money gathered over the years. People save here and there where they could. Some even borrow from ah long or relatives.

Uncle Kentang on loving your neighbour as yourself.