Some say Zahid’s a better fit because he’s of Javanese descent. 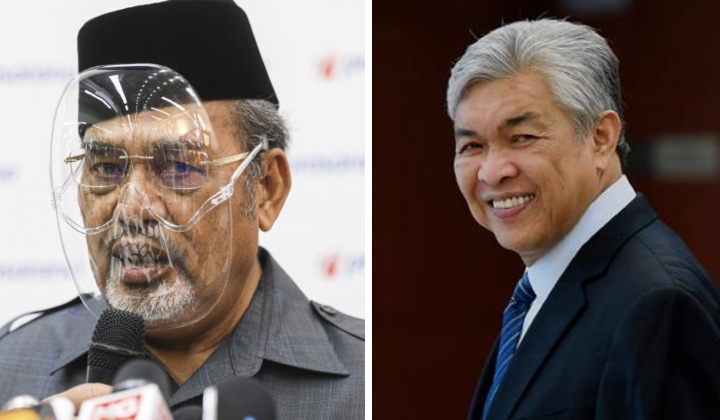 Many Malaysians believe that the former Prasarana chairman’s diplomatic journey won’t be as smooth as an LRT ride.

The reason is that many are not happy.

The appointment of Tajuddin comes amid lingering dissatisfaction with his incompetence at Prasarana not too long ago.

The public made no attempts to hide their displeasure and said appointing Tajuddin as envoy would be a disaster.

Some noted that Tajuddin is getting a pay raise at taxpayers’ expense, despite his incompetence.

Bet : tajuddin has a sikret wife/family in Indonesia, hence the election https://t.co/5T9lAEaMrs

Amidst the simmering resentment, some suggested that the job be given to former Deputy Prime Minister Datuk Seri Ahmad Zahid Hamidi despite his present troubles.

Zahid, who is also a former Home Minister, is facing 47 charges – 12 for criminal breach of trust (CBT), eight for corruption and 27 for money laundering.

They said the Bagan Datuk MP would be the right man as he is of Javanese descent.

The Umno president was born in Bagan Datuk while his parents were from Indonesia.

Netizens said appointing Zahid instead can be a last-minute step to save face as Tajuddin’s appointment had met roadblocks previously.

A Laughing Stock – When UMNO Thugs Nazri & Tajuddin Rejected By Switzerland And Indonesia As Ambassadors https://t.co/DdGJkhtPJm via @financetwitting

Is Malay The Same As Javanese?

The Javanese Malaysians are people of full or partial Javanese descent who were born in or immigrated to Malaysia.

They form a significant part of Malaysia’s population and Malaysian law considers most of them to be Malays.

Malaysia is home to the largest Javanese population outside Indonesia.

There are speakers of Javanese in Malaysia (concentrated in the West Coast part of the states of Selangor and Johor) and Singapore.

Javanese are known for their indirectness which is based on politeness and addressing issues in such a way that the person is not offended.

They avoid hints of criticism, pointing out mistakes or mentioning anything the other person might be sensitive about.