Goh Jin Wei revealed she regretted leaving BAM but had no choice due to health issues back then. 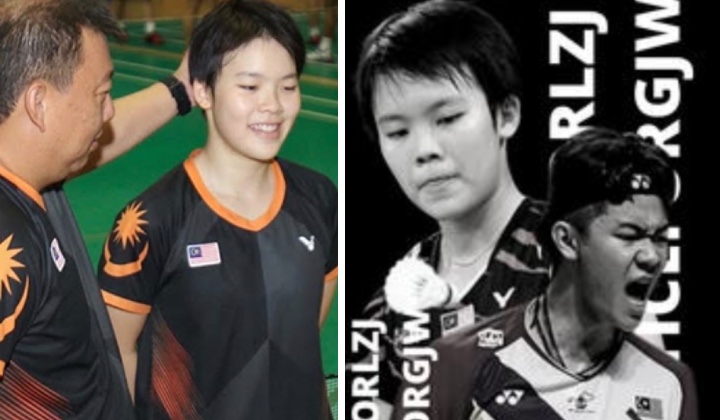 She is followed in the footsteps of the country’s top men’s singles player Lee Zii Jia, who has just been allowed by BAM to turn pro.

We have just received a letter of appeal from her yesterday. Therefore, we will go through the necessary process.

Jin Wei had announced her retirement and quit BAM in September last year before moving on as a professional.

She was then suspended from playing in any international tournaments for two years, effective 31 October, 2021.

Goh is banking that BAM will show the same leniency as they did to Lee.

On Monday (24 January), Lee submitted a letter of appeal regarding the two-year suspension by BAM following his action to leave the sport’s governing body.

Yesterday, the two sides held a meeting on the appeal submitted which led to a good outcome.

Goh, who hails from Bukit Mertajam, Penang, had left BAM in September 2021 on grounds of ill health.

She has won the girls’ singles titles at the 2015 and 2018 World Junior Championships, and also at the 2018 Summer Youth Olympics.

Earlier this year, the 21-year-old uploaded a clip on YouTube to express her regret ever since.

She is determined to pursue her career in badminton, which she says is her passion.

Goh said she had left BAM earlier on as she did not think she could give her best to the national squad.

However, I may not be able to meet the needs and qualifying criteria of the national team at this time. My health issue will only waste the country’s resources and deny other players the opportunity. I do not want to disappoint anyone in this situation.

In a gist, Goh will always try to improve herself for the sake her career’s future.

Recently, she was also there when Lee went to seek help from Youth and Sports Minister Datuk Seri Ahmad Faizal Azumu to break the impasse with BAM.

We wish the best for Goh and hope that all will end well as she tries to mends back the relationship with BAM.