Azumu wants to help even if he doesn’t really understand athletics. 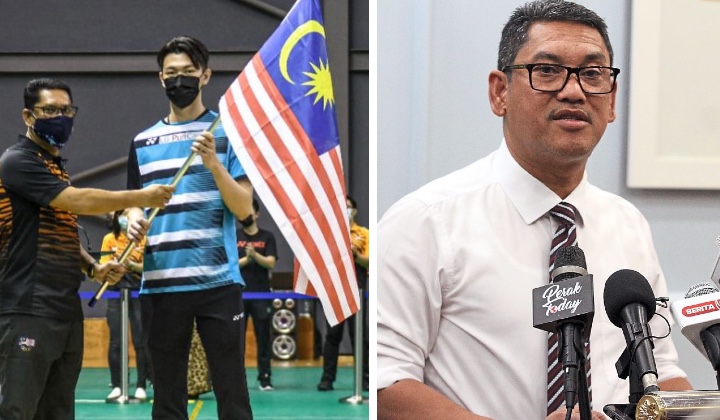 He said the issue between BAM and Lee Zii Jia is not something that the people want to see at this point in time.

Urging BAM and Lee to try their best to find a solution, the former Perak MB – commonly referred to as Peja – will meet both sides in an attempt to resolve the crisis.

We should not risk the future of Malaysia’s players and position on the international badminton stage.

A Propensity For Gaffes

With no clear solution in sight to the ongoing saga, and Peja’s own track record not being what it should be, badminton fans have expressed their frustration.

Fans dug up past unresolved issues in the national badminton scene, while some lamented there simply isn’t any turning back now as Lee is being punished.

Known for his gruff demeanour and cutting remarks, the short-lived advisor to the prime minister was ruffling feathers long before he was appointed to the ministry.

Needless to say, fans were also quick to remind Peja of the lack of tact in his choice of words.

His faux pass also included a TikTok video showing him enjoying a meal of curry noodles at his office in Putrajaya.

Peja, who was the Prime Minister’s Special Adviser at that time, invited a barrage of criticism and anger from netizens.

Peja also committed a glaring gaffe during the recent floods.

It did not help that he had just admitted to not understanding athletics.

Badminton fans will be worried about him producing another calamitous gaffe, but a solid performance in the BAM-Lee saga will go a long way to proving his doubters wrong.