The damaged books will be recycled into paper pulps. 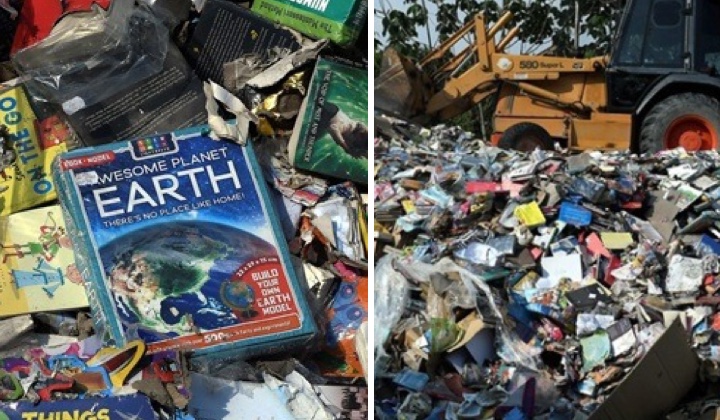 About two to three million books were damaged after being submerged in water at the Big Bad Wolf warehouse and BookXcess @Wolf House bookstore.

The premises are located in Section 33, Taman Alam Indah, which were severely hit by floods that hit Selangor recently.

BookXcess and Big Bad Wolf Books co-founder Andrew Yap said in a statement that the total loss is still in the evaluation process as it will take some time to ascertain.

However, based on the initial assessment, millions of books have been damaged, destroyed and cannot be saved, as well as some warehouse equipment.

Yap said work to clean up the Big Bad Wolf Books warehouse and dispose of damaged books is underway.

However, the Wolf House in Section 33, Taman Alam Indah is temporarily closed as it needs to be renovated due to severe damage.

Despite losing two to three million books, Yao said his company intends to donate books to communities severely affected by the floods.

At the same time, it is also understood that the damaged books will be recycled into paper pulps.

Netizens, ostensibly bookworms, were heartbroken at the loss of such a massive amount.

They offered words of comfort to Big Bad Wolf and promised to buy more books in the future.

Big Bad Wolf is known for its markdown books with plenty of titles for both adults and children.

Others pointed out that it’s one more reason for the government to prevent floods in the future.

As it is, the floods had caused massive losses in human life and properties.

The government had announced aid, but it may not be enough for the people to rebuild their lives, prompting calls for further assistance.

Brace For Thunderstorms Until Mid-May, It’s The Monsoon Transition Phase