The victim said that they waited for hours but the authorities were nowhere to be seen. 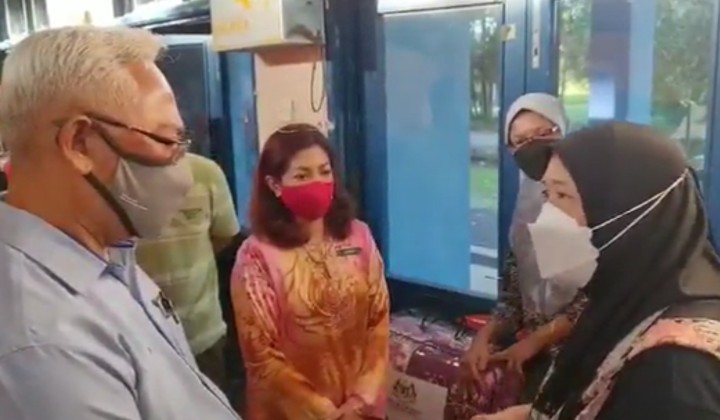 Netizens applauded a flood victim for blasting Former MKN Selangor Chairman Tan Sri Noh Omar for her courage to speak her mind and criticizing the authorities for their mishaps.

A video of a flood victim venting out her frustrations to the Selangor BN Chairman went viral recently, with the woman saying that agencies should be fast to react to the critical situation faced by Hulu Langat residents.

When asked if she called the Fire Department, she rebutted saying that residents tried to call government agencies but none of them turned up.

The woman said that they tried to contact the Fire and Rescue Department, the Civil Defense Department (JPAM), and the military camp over in Sungai Besi.

When the water levels were incredibly high – reached the roof of their homes, no government agency came to help except JPAM.

She added that even though JPAM was there to help, they only had three boats in the entire area, which is clearly inadequate to help all the residents stranded.

Of course, Tan Sri, three boats are not enough to help all the residents of Hulu Langat, this is common sense right? Tan Sri? Where did our army go? In 2014, I was also one of the flood victims involved, the water was only at thigh level, but the army was there to help us.

Although the authorities didn’t show up, the woman said that luckily enough, there were foreigners who’ve helped them at the time.

It was a critical situation on Sunday, no government agency helped us except JPAM, it was quiet, for your information, the only people to helped us were Indonesians rowing a boat with up to 3 people to save one of my neighbour’s child who was trapped on the roof of the house from 12:30 am to 4:30, 5:30 a.m., they are the ones who helped us, migrants.

Netizens are rooting for the victim

Folks online showed their support to the victim for voicing out and criticising the authorities.

They also praised her for keeping her cool and explaining the situation calmly without raising her voice despite the hardships the residents had to go through.

“This is common sense ya Tan Sri”

She just said the government is useless, a joke and incompetent in the politest way possible https://t.co/nPn3EZKPfe