NADMA and Abdul Latiff Ahmad have come under fire recently for their handling of the recent floods. 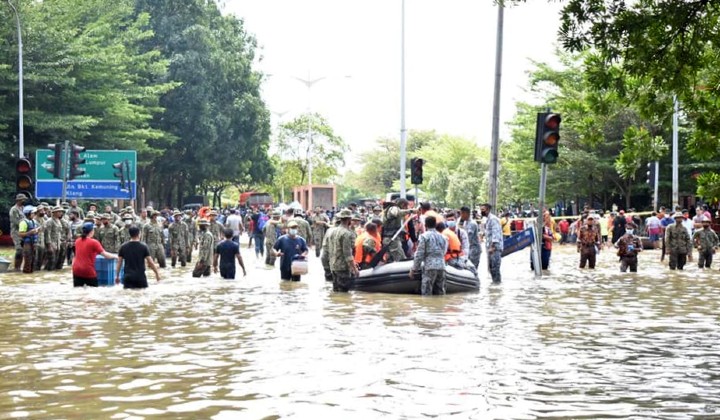 Malaysia’s Armed Forces wanted to assist the flood relief efforts in Selangor from noon on Friday but were not given the nod by the National Disaster Management Agency (NADMA).

A source with knowledge of how aid for this flood was managed told TRP that despite this, the Armed Forces proceeded to help with relief efforts anyway despite being told it was “not a state of emergency”.

Because of this, by the time Selangor Menteri Besar Datuk Seri Amirudin Shari called on Defence Minister Datuk Seri Hishammuddin Hussein to send troops to help, they were actually already on the ground.

Malaysia’s Armed Forces have experience in flood relief efforts primarily due to the almost annual flooding of the East Coast, particularly in Kelantan and Terengganu, with some of the worst floods occurring in 2014, during Hishammuddin’s previous stint as Defence Minister.

NADMA, and Minister in the Prime Minister’s Department (Special Functions) Datuk Dr Abdul Latiff Ahmad who oversees the agency, have come under fire recently for their handling of the floods here over the weekend.

Abdul Latiff was also quoted as saying that NADMA wasn’t involved in disasters at the state level and would only give victims compensation after being informed by the state.

TRP has reached out to NADMA for comment on the matter and an officer from the agency said they would escalate the inquiry to their higher-ups.

As of Monday afternoon in Pahang and Selangor, at least 7 people have died in the floods and 61,000 people have been evacuated from their homes.