The group consists of 7 opposition lawmakers and two civilians. 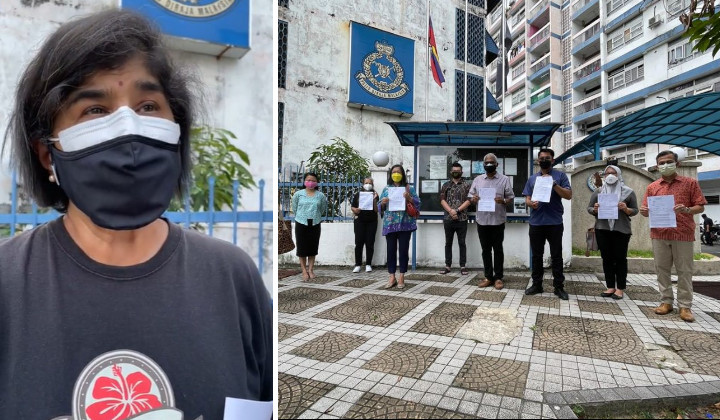 A group of opposition lawmakers, including two civilians, lodged a police report over the Perikatan Nasional government’s alleged mismanagement of the Covid-19 pandemic today (25 July).

Led by lawyer and human rights activist Datuk Ambiga Sreenevasan, the group made the report at the Pantau police station.

We decided to lodge a report because we believe there must be accountability. Some of the issues that we highlighted include not enough early testing, the manner in which the government has failed to share (enough) information, mistreatment of migrant workers and not enough resources given to the hospitals Datuk Ambiga Sreenevasa.

She explained that the report was made under Section 269 and Section 304 (a) of the Penal Code.

Section 269 reads: Whoever unlawfully or negligently does any act which is, and which he knows or has reason to believe to be, likely to spread the infection of any disease dangerous to life, shall be punished with imprisonment for a term which may extend to six months or with fine or with both.

Section 304 (a) states: Whoever causes the death of any person, by doing any rash or negligence act not amounting to culpable homicide, shall be punished with imprisonment for a term which may extend to two years or with fine or with both.

Amiga was the President of the Malaysian Bar Council from 2007 to 2009, and was former co-chairperson of Bersih, an NGO Coalition advocating for free and fair elections.

Meanwhile, over the weekend, protesters all around Malaysia took their cars to the streets and waved black flags to show their dissatisfaction with the government’s handling of the pandemic.