Two out of the top three tweets of the year has the Health DG in it. 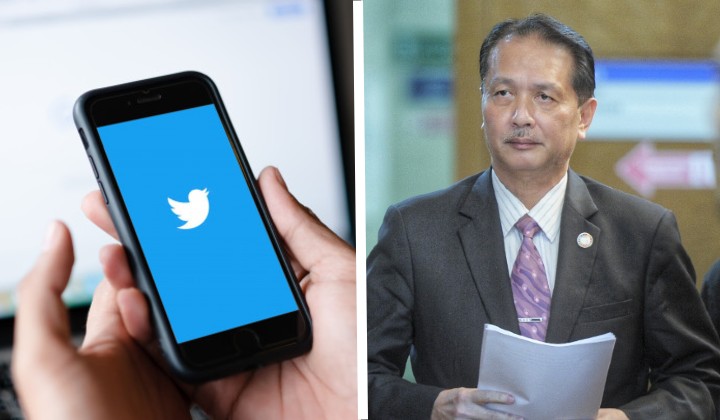 As the curtain rolls on an eventful 2020 which has seen the spread of Covid-19 and the disruption in every day life, many have come to Twitter for the conversations and trends to keep going through 2020.

The social media platform has revealed the top 3 most engaged tweets of the year with the Health Ministry’s Director-General Tan Sri Dr Noor Hisham Abdullah being one of the focal points of this year.

The biggest tweet of the year is when one of the characters in the wildly popular kids’ tv show Upin and Ipin, Fizi, issued a heartfelt apology on Twitter.

It caught the attention of Upin and Ipin fans, and their reactions have been varied – some replied to comfort Fizi, others Retweeted to spread Fizi’s message and his apology, and others simply Liked the Tweet to show their appreciation.

Letter of appreciation opened the door to our hearts

After the pandemic has swept the country many were looking up to the Health Ministry’s Director-General Tan Sri Dr Noor Hisham Abdullah as a pillar of strength.

One girl even wrote a letter, along with a friendship bracelet to the DG, in which Dr Noor wrote a lengthy reply to the girl.

The tweet was posted online by user @imancullen_, who is the girl’s older sister, along with Dr Noor’s letter, thanking her for her kind wishes and encouraging her to stay strong.

So my lil sister wrote a letter for Dr Hisham and sent it to his office. Then today got a whatsapp message with this pic of the official surat, Dr Hisham punya reply to my lil sis. He is so humble and I respect him a lot with what his contributions for our country. pic.twitter.com/IfXMRNaIDH

It seems that the ever-popular DG has dominated the top three spot as his tweet on the SOPs in July, scolding those who are not doing their part to stop the spread of Covid-19 was one of the most engaged tweets of the year.

In that tweet, he expressed his dissatisfaction towards the ones who are still stubborn and not taking the pandemic seriously.

The social media platform has also revealed the top trending hashtags of the year and unsurprisingly, the pandemic is the most talked about topic in the country.

Below is the top five: