Agong asks Anwar to respect and follow the Federal Constitution. 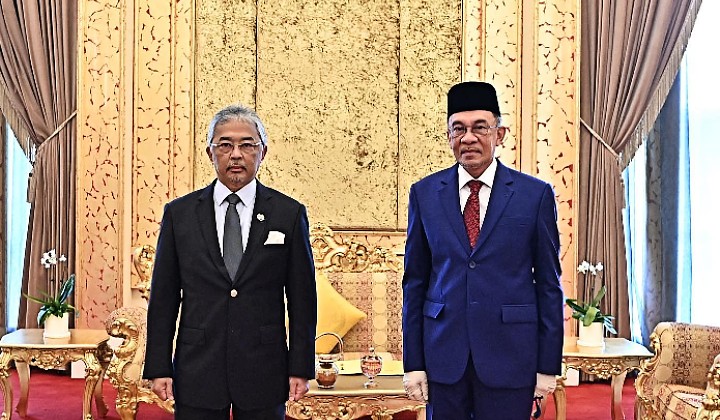 Opposition Leader Datuk Seri Anwar Ibrahim did not provide the Agong with the names of the Members of Parliament (MP) who are in support of his run as Malaysia’s 9th Prime Minister.

According to a statement by Istana Negara, during his 25-minute audience with the Yang di-Pertuan Agong (YDPA) Al-Sultan Abdullah Ri’ayatuddin Al-Mustafa Billah Shah on October 13, Anwar only revealed the number of MP he claims to have in his corner, without detailing any of their names.

The PKR President had earlier announced that he had presented documentation to the Agong showing that he has the support of more than 120 parliamentarians to form a new government.

Istana Negara’s statement neither supports nor denies this claim and stated that His Majesty advised Anwar to respect and follow the process of law according to the Federal Constitution.

In September, Anwar claimed that he had proof of his majority support to form the country’s next Federal Government and overthrow Prime Minister Tan Sri Muhyiddin Yassin’s administration.