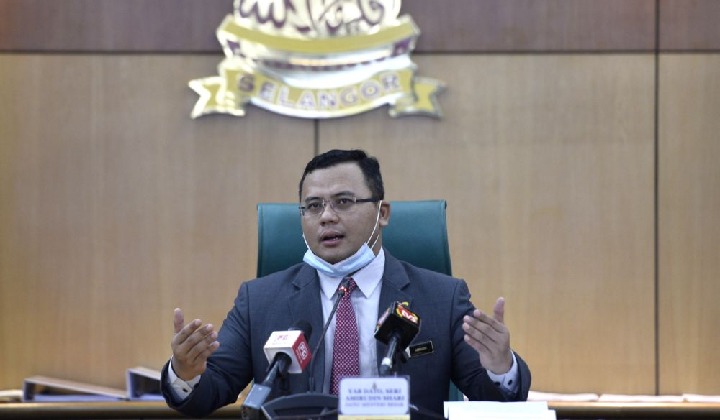 Selangor Menteri Besar Datuk Seri Amirudin Shari says he was taken by surprised following the announcement by Senior Minister (Defence) Datuk Seri Ismail Sabri Yaakob that all of Selangor would be put under a Conditional Movement Control Order (CMCO).

In a statement released today, Amirudin said he had just met with the Selangor State Security Council, State Health Department, Police, and Malaysian Armed Forces among others regarding the CMCO in the Petaling District.

“…Only Klang, Gombak, Hulu Langat, and part of Petaling had worrying numbers of cases,” wrote Amirudin.

“It must be stated here that as of today, as a consensus, the State Government sees a number of proposals that can be presented to the National Security Council for consideration.

“The State Government is of the opinion that a few areas that are still in the green and yellow category such as Sabak Bernam and Kuala Selangor are still under control. As such, the State Government will send a counter proposal to the National Security Council immediately for consideration,” he wrote.

Amirudin added that they also valued more effective and conclusive crisis communication that involved all parties so that any decisions made will not cause confusion when being implemented.

This order will become effective at 12.01am on October 14 and scheduled to end on 27 October.