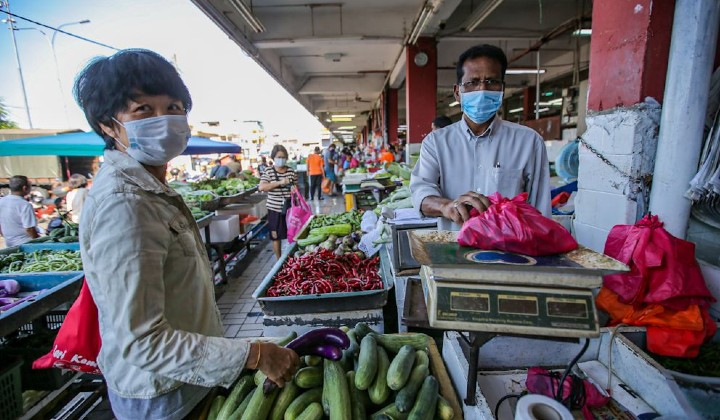 Traders at the Pasar Besar Jalan Othman or more commonly known as the PJ Old Town wet market, are offering jobs to locals with an average salary of around RM2,000 per-month.

As business owners now lack the manpower to continue operating when their usual employees – foreign and migrant workers – were rounded up by authorities during the recent Covid-19 raids, some 1000 job vacancies have opened up among the 500 stalls located at the market.

Traders are now calling on Malaysian citizens to fill in the vacancies in the obviously demanding line of work, as people working at the pasar would usually have to be on duty from as early as 3am till late in the afternoon.

We want to hire locals and we are willing to pay them more than the minimum wage… The daily wage would be between RM70 and RM80. In the past, we could not get locals to work because of the early hours and hard work involved.

The traders revealed that businesses were also welcoming people with disabilities (OKU) to take on the jobs and that employees would be provided with Social Security Organisation (Socso) and Employees Provident Fund (EPF) benefits.

Previously, data from the Department of Statistics Malaysia (DOSM) noted that over 600,000 Malaysians have lost their jobs due to the Covid-19 crisis, and the country’s unemployment rate had jumped to over 17%, the highest it has been in over a decade.