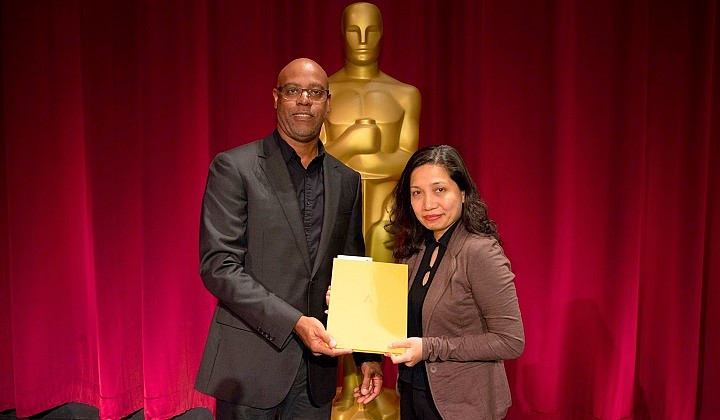 Malaysiaâ€™s luck with the Academy of Motion Picture Arts and Sciences hasnâ€™t always been the best, but it seems that the tides are finally turning.

This honour was bestowed upon the Malaysian in November 2019 at Beverly Hills, California, where she claimed one of the 5 coveted fellowship spots along with US$35,000 (RM143,000) and the golden opportunity to launch a career in the competitive, yet glitzy, scene of Hollywood.

Renee’s winning screenplay â€“ which beat out over 7,000 scripts from all over the world- is called â€œBoy With Kiteâ€, a drama about a surly woman in her 50â€™s who has to care for her estranged brotherâ€™s young son after he passes away.

I love this script- the bickering, the fussing, the bantering, the fighting, the little boy whoâ€™s not talkingâ€¦
I have to say, yes, she made me cry. And weâ€™re happy to have her here.

With this feather in her cap, Renee will receive guidance from academy members as to complete a feature-length screenplay during her year-long fellowship.

While Renee gets ready for her Hollywood break, her journey to claiming her prize is worthy of a Hollywood tale of its own.

In an interview with The Star, Renee revealed that she has been working as a freelance writer in Malaysia for many years. But contract work meant that money was always a concern, coupled with the fact that there was a medical condition in her family.

So a good portion of whatever she earned went to paying medical bills and keeping a roof over her familyâ€™s heads.

When she sent in her application for the Nicholl Fellowships, the self-taught screenwriter had little confidence, but her talent did all the work for her.

After several blind readings and stringent scoring, Renee was selected as a finalist, and finally a Fellow!

Speaking to screenwriting blog Go Into The Story, Renee recalled freaking out over getting her passport, visa and clearance to travel as the awards ceremony was less than a month away.

With no savings of her own to fund for the documents and travel, her friends turned over their pockets and handed her any amount they could â€“ coins and all.

We ended up with USD160 (~RM650) in a pile of coins.
So I ended up paying in coins. And bless them, the (bank) officers there, they just took that. They closed six counters, and they all counted coins. No complaints.

Then problem No 2 hit when her visa interview date was set on 8th November at the US Embassy in Kuala Lumpur â€“ a day after the awards ceremony. â€œGame over, man. Game over,â€ she thought.

But the Academy refused to accept defeat and a fellowship official contacted the cultural affairs office at the Embassy in Kuala Lumpur. They managed to arrange a meeting to appeal for her visa request to be expedited and the rest, as they say, is history.

In her acceptance speech, Renee expressed her deep gratitude to family, friends and the Academy who helped her achieve what she thought was a far-fetched dream.

Fact is, Iâ€™ve never taken a writing class. I come from 14,000 miles away. I donâ€™t even speak English half the time, and I want to write movies here in Hollywood.
What kind of fool thinks thatâ€™s possible? (points to herself)

Even then, real life isn’t a Hollywood movie and Renee will be doing her Fellowship here in Malaysia due to financial constraints.

She does, however, hope to fly back to the US when she receives the next installment of her grant money, which is given in parts depending on the progress of her writing.

Several local novels have also been made into international movies (Read more HERE), so it looks like 2020 is going to be a huge year for Malaysian talent!