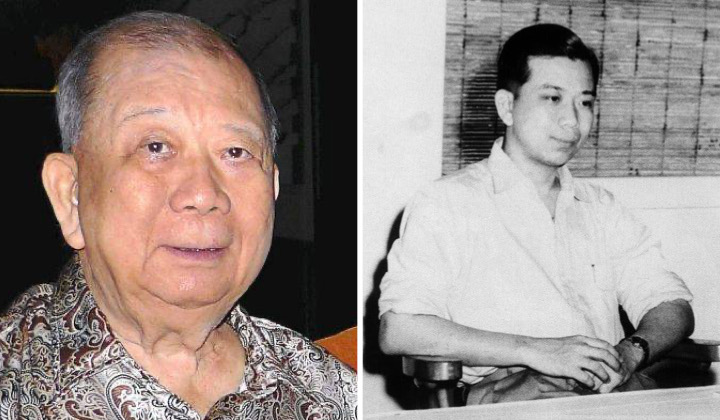 Recently, the deceased Chin Peng made headlines when news broke that his ashes had been brought back to Malaysia to be scattered at two locations in Perak, at a hillside near Chemor, and at sea.

If you were wondering why this was such a big deal, prior to his death, Chin Peng had been fighting a nine-year-long legal battle in the Federal Court to be allowed back into his home country, Malaysia.

Chin Peng died in exile six years ago, on 16 September 2013, in Bangkok, Thailand. He was 88 years old when he died from cancer.

In lieu of the headlines, we thought we’d explore history, the story of Chin Peng and the reason why this man was never allowed back into Malaysia after he fled in 1960.

To put it plainly, Chin Peng was the communist guerrilla leader who caused the Malayan Emergency (Darurat Malaya) in 1948.

Although widely known as Chin Peng, his real name was Ong Boon Hua. Born on 21 October sometime between 1920 and 1924 in Perak.

His father was an immigrant from the Fujian Province in southeast China who made a reasonable living in Sitiawan, Perak, selling and repairing bicycles.

Chin Peng’s father apparently did quite well as he was able to send Chin Peng to study at English-language schools.

At 15 years old, Chin Peng, who was drawn to communism as a means of fighting against the prejudice faced by Chinese-Malayans, joined political youth organisations.

As a teenager, he had already taken a leading part in the communist-supported Malayan People’s Anti-Japanese Army (MPAJA).

Receiver of the Order of The British Empire

In 1941, Chin Peng became a liaison to British commandos, helping them in the battle against the Japanese troops who had invaded what was then British Malaya.

When the British won the war against the Japanese invasion in Malaya, they awarded Chin Peng with an Order of the British Empire for his heroism in 1946.

The End of World War 2

When the British resumed control over Malaya after the war, the new administration failed to solve the resulting social and economic problems in Malaya.

During this time, the British also announced the Malayan Union Proposals that would have led to the granting of citizenship to the Malayan Chinese.

These proposals were extremely unpopular with the wider Malay population and the British decided to withdraw them.

This enraged the Malayan Chinese, including Chin Peng.

Colonial exploitation, irrespective of who were the masters, Japanese or British, was morally wrong.

In 1948, Chin Peng, then 24 years old and appointed secretary-general of the Communist Party of Malaya (CPM), was said to have ordered an armed insurrection against the British colonial rulers and began by methodically executing three British rubber planters.

The assassinations led to the declaration of a State of Emergency dubbed the Malayan Emergency (Darurat Malaya) that lasted for twelve years, from 1948 to 1960.

At the height of the conflict, an overwhelming military force consisting of some 70,000 British, Australian, New Zealand, Fijian, Gurkhan and other British Commonwealth troops fought about 10,000 guerrillas.

The violence killed more than 10,000 fighters and civilians.

Britain rescinded the Order of the British Empire it had granted to Chin Peng and put up a reward of 250,000 Straits dollars on his head.

I make no apologies for seeking to replace such an odious system with a form of Marxist socialism.

The Defeat of The Communist Party

In 1950, British troops pushed CPM further and further into the jungle, isolating them from their supporters and cutting off their resources, including their food supply.

During the talks, Chin Peng failed to secure legal recognition of CPM as a political party and rejected the offer of amnesty.

However, he reportedly made the surprising offer to cease hostilities and lay down arms if Tunku secured the powers of internal security and defence during his discussion on Malaya’s independence with the British Government in London.

According to several reports, this apparently strengthened Tunku’s bargaining position which allowed him to win Malaya’s Independence.

Malaya’s first Prime Minister acknowledged the role of the communists in the country’s struggle for independence in his memoirs, Lest We Forget (1983).

Just as Indonesia was fighting a bloody battle, so were the communists of Malaya, who, too, fought for independence.

In 1960, Tunku’s government ended the Malayan Emergency and Chin Peng fled to Beijing.

In China, Chin Peng was an honoured guest of the Chinese government for almost 20 years. Later, he moved to Thailand.

When Chin Peng finally laid down arms in 1989, he was one of the world’s longest-surviving communist guerrilla leaders.

On 2 December 1989, Chin Peng, along with Rashid Maidin, met with representatives of the Malaysian and Thai governments to sign a peace agreement in Hat Yai.

Under the agreement, CPM members from Malaya were allowed to return to their homes in Malaysia.

In 2000, he applied for permission to return to Malaysia but his application was rejected by the High Court which compelled him to show identification papers to prove his citizenship.

According to reports, Chin Peng’s birth certificates had been seized by police during a raid in 1948.

Chin Peng finally returned to Malaysia in the form of ashes, which were scattered near the hills to fulfil his final wish to be buried with his comrades.