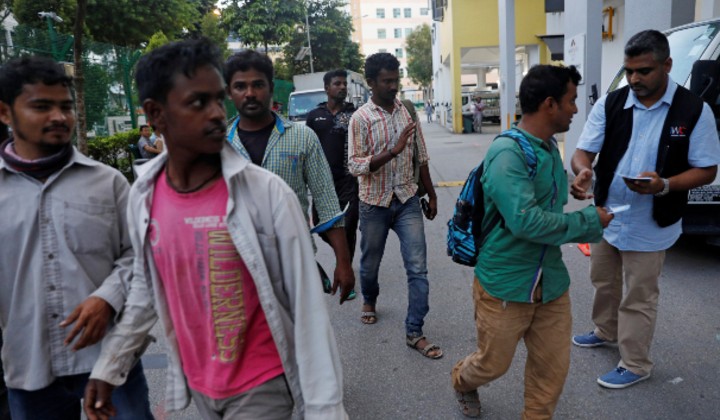 Apparently, in this day and age, after historical examples of why this is a terribly inhumane and horrible idea, there are still companies in Malaysia that treat humans as commodities.

According to Malaysiakini, Bangladeshi workers who have come to Malaysia legally are being traded between companies, basically forcing them to break Malaysian labour law and turning them into illegal migrant labourers.

Third-party firms also regularly confiscate the migrants’ passports (which is straight up illegal), essentially rendering these migrants as illegal aliens without documentation.

This issue is commonly faced by migrants working in supermarkets or small businesses while holding working permits registered for a different company.

Many workers also have deductions in their monthly salaries for vague items such as “loan payments” or “advance”, even if they have not requested for advances in pay.

However, the firms providing the working permits are claiming that this practice is legitimate.

They also claim to not be aware that their workers are putting in hours in far-away states, believing it to be part of a small group of Bangladeshi workers registered to them but ran away.

Dave Chapelle Out Of Here GIF from Davechapelle GIFs

A source from the Human Resources Ministry has told Malaysiakini that this exploitation of migrant workers is common and done for profit.

According to Malaysiakini, Immigration Department director-general Khairul Dzaimee Daud claims that it is illegal for any company to hire out or pass on its foreign documented workers to another firm.

Although it’s illegal, there are grey areas that allow for exploitation to happen.

Passing workers between two companies is legal if those companies have a binding contract, the source noted.

The Anti-Trafficking in Persons and Anti-Smuggling of Migrants Act 2007 states that those found guilty can be jailed for between 3 and 20 years and fined.

Those who are found guilty of profiting from the exploitation of a trafficked person can be jailed for up to 15 years and fined up to RM1 million.