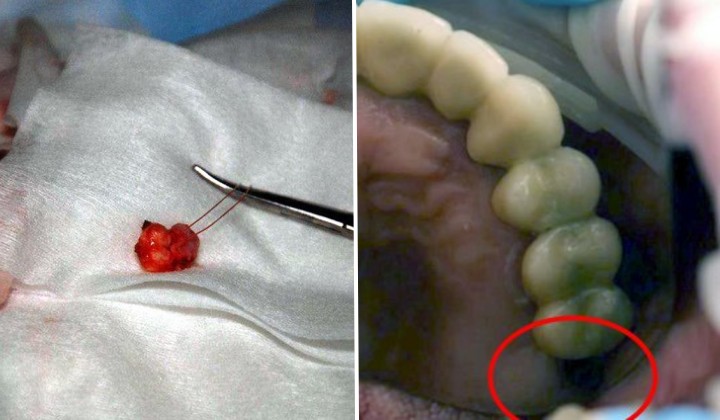 A 13 year old boy in Moscow visited the doctors when he felt a lump in his testicles. Initially after scanning, they thought it was a â€˜renal gravelâ€™ (something like a kidney stone).

Surgeons then immediately planned for a removal of the â€˜tumourâ€™ only to find a tooth instead of the kidney stone.

The medics at Morozov Children’s Hospital finds this surgery to be ‘truly unique’.

After examining his oral cavity, only then doctors noticed he indeed was missing a tooth.

To be exact: the second molar on the upper jaw, a tooth that would normally have been replaced by the time a person reaches 13 years of age.

Thankfully, doctors are confident that he will have a normal reproductive life ahead.

His condition is known as a teratoid tumour that occurs in the embryo life during pregnancy itself. It is a rare tumour with an incidence of about 2 cases per 100,000 people.

Normally these kinds of tumours are detected in children less than 3 years old.

Even more rare, the tooth ‘decided’ (as if it had a choice) to grow in his testicles. So far teeth have only been reported to grow in lung and on feet.

Wonder what the tooth fairy would say?

If you do want to look at the picture of the tooth IN the testicles before it was removed, you can visit The Sun.