The injured Malaysian received outpatient treatment at a hospital. 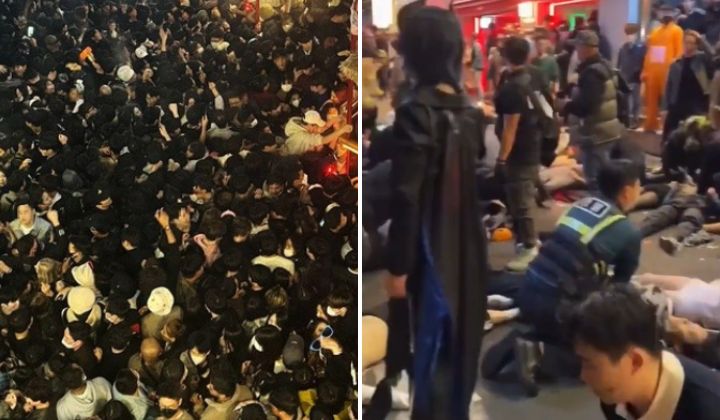 The Itaewon stampede in South Korea that left 151 youths dead and 156 people injured on 29 October has shocked many people worldwide.

The street in Itaewon has many restaurants and bars that attract foreign visitors from all over the world.

During the Halloween celebrations, the crowd grew exponentially, which led to the stampede.

However, a Malaysian was reported injured and received outpatient treatment at the Joogang University Hospital.

The individual is in stable condition and the Malaysian embassy in Seoul has provided assistance to the victim’s parents to fly to South Korea.

The embassy in Seoul will continue to monitor the situation and will share updates accordingly.

It was a close shave for some Malaysians

Malay Mail spoke to a few Malaysians who managed to avoid getting caught in the unfortunate incident by being vigilant of the growing crowd.

32-year-old Aziani Ashary was there with a friend from the United Kingdom but managed to leave before the overcrowding got worse. They were pushed around while trying to get away from the crowd.

Similar to Aziani, another Malaysian identified as Chong, 30, also turned back when he saw the growing crowd.

The first thing on my mind was ‘Oh my God, we need to get out of here now!”

Chong and his friends were trying to get to a bar in Itaewon but were blocked by a huge crowd and saw some people lying on the ground.

It was fortunate that they managed to slip past the crowd to get to the main road and to safety.

seeing the no of ppl doing cpr on so many bodies at the same time is so horrific & heartbreaking..itaewon stampede really is a grim reminder of how huge crowds in tight spaces can turn deadly due to crowd crush resulting in cardiac arrest from asphyxiation pic.twitter.com/x463DNmQCQ

10 Malaysian Ghosts That Are Scarier Than The Western Ones