A group of men hit the victim and forced him into a Toyota Vellfire in Pandan Indah. 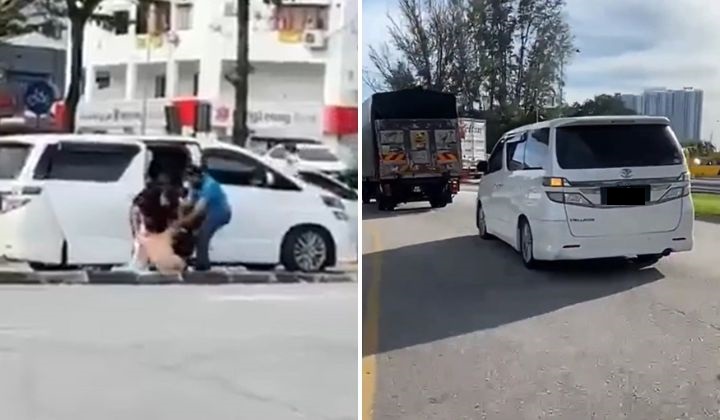 A viral video recently caused a stir when it showed a group of men hitting and forcing another man into a Toyota Vellfire in Pandan Indah, Ampang, on Thursday, 29 September.

The Star reported that the 38-year-old victim was abducted in front of a restaurant. When he was forced to get into the vehicle, he shouted for help to no avail.

Despite this, some members of the public managed to record the footage for evidence and tried to follow the Vellfire in order to stop the kidnapping attempt.

In another video, a few motorcyclists could be seen and heard trying to stop the white Vellfire on the road.

Fortunately, the victim was released in Klang and immediately lodged a police report at Ampang Jaya police headquarters around 10.45pm on the same day.

He reportedly suffered injuries on his face and legs. He sought treatment at Hospital Ampang.

The Vibes reported that the victim was a businessman and the police believe the kidnapping was due to unpaid debt.

The police said the process of identifying suspects involved in the abduction is underway.

The case is being investigated under Section 365 of the Penal Code for kidnapping and abducting any person with the intent to cause that person to be secretly and wrongfully confined.

The police also reminded the public not to take loans from unlicensed parties.