78-year-old Ahmad Ramli Mohd Nor, who is also the former managing director of Boustead Naval Shipyard (BNS) Sdn Bhd, faced three charges of approving payments amounting to RM21.08 million without the agreement of the BNS’s board of directors. 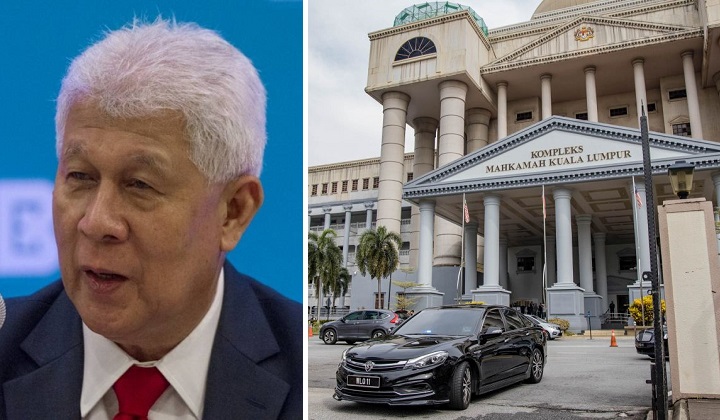 Ahmad Ramli, 78, who was also the former managing director of Boustead Naval Shipyard (BNS) Sdn Bhd, faced three charges of approving payments of RM21.08 million without the agreement of the company’s board of directors.

BNS is a subsidiary of Boustead Holdings Bhd, with the Lembaga Tabung Angkatan Tentera (LTAT) being its largest shareholder.

The company was handed an RM9billion contract –  the largest procurement in the history of the Ministry of Defence (Mindef) –  to build six LCS ships for TLDM in 2014.

Based on the charge sheet, Ahmad Ramli had allegedly approved payments to three different Singapore-based companies without the approval of BNS’s board of directors between 9 April and 22 November 2011.

For the first charge, he allegedly approved a payment of about RM13 million to Setaria Holding Limited.

For the second charge, he allegedly green-lighted a payment involving of RM1.36 million to JSD Corporation.

He was also accused of approving the payment of RM6.18 million to Sousmarin Armada.

The charges against Ahmad Ramli were based on Section 409 of the Penal Code, which provides for a jail term of up to 20 years, whipping and a fine, if found guilty.

The court allowed him bail of RM500,000 with one surety, while the case’s mention is set on 24 November.

The LCS scandal made headlines in recent weeks, all for the wrong reasons as the Parliament’s Public Accounts Committee (PAC) report stated that the contractor had failed to deliver the vessels to TLDM as stipulated under the contract.

‘We Are Not Scared’, Says Syed Saddiq After Court Orders Him To Enter Defence