The forensic auditors were given 48 hours to withdraw the report linking Mersing MP Dr Abdul Latiff with a woman named “Zainab Mohd Salleh”. 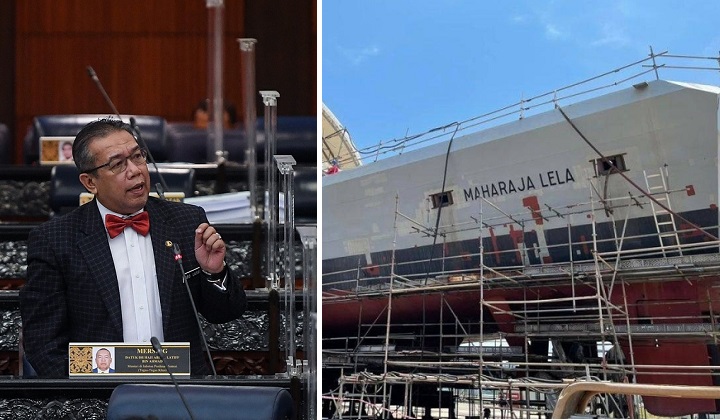 According to The Vibes, Dr Latiff’s lawyer had given Prabhat 48 hours from today to retract the LCS report which linked the Cabinet minister with a woman named Zainab Mohd Salleh, who had stakes in the multi-billion Ringgit project.

“You would be aware that your statement is wholly untrue and highly defamatory to our client (Latiff), dragging our client into public scandal and odium.”

“Your statement has also caused many issues within our client’s family and constituency,” the letter reads.

Dr Latiff’s legal team had demanded for Prabhat to withdraw his “incorrect” statements and issue an apology to the minister for the alleged defamatory revelations made in the forensic report.

It also demanded that Prabhat write to BHIC to correct the alleged inaccuracies contained in the report, as the company should not have provided the Public Accounts Committee with an incorrect report.

On 22 August, PKR deputy-president Rafizi Ramli claimed that Zainab, who is a shareholder of Alizes Marine Ltd, the firm that was implicated in the siphoning of funds from the LCS project to foreign accounts, is the wife of Dr Latiff.

Rafizi’s allegation was based on the internal investigation report of the LCS project.

The Mersing lawmaker, who was the then deputy defence minister from 2008 to 2013 when the LCS project was in its initial phases, had repeatedly denied the accusation.