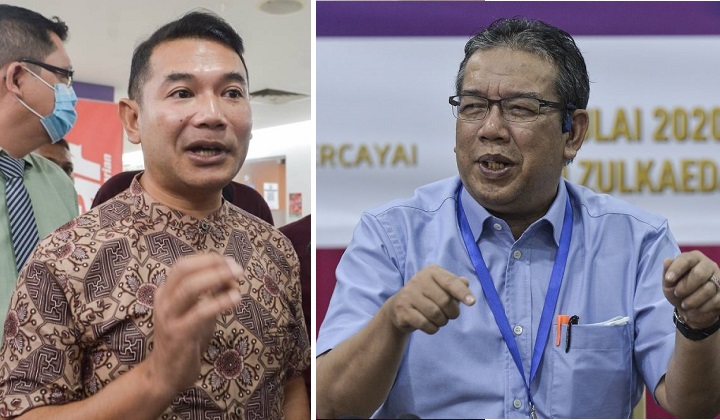 In a statement issued earlier today, Abdul Latif said that the person that Rafizi claimed was involved in embezzling funds from the controversial Littoral Combat Ship (LCS) was not his spouse.

“Referring to the news reports made viral regarding the investigations on the LCS project, I would like to stress that Zainab Mohd Salleh is not my wife as what is being reported in the news,” the statement reads.

He also said that he prepared to give full cooperation to the authorities to conduct further investigations on the matter.

Meanwhile, Rafizi had described Abdul Latif’s rebuttal as “very weak” and not specific.

He also vowed to share all relevant documents linking the minister in the prime minister’s department with “Zainab Mohd Ali who is the owner of Alizes Marine.”

The former Pandan MP had earlier today claimed that Zainab owned two companies – Alizes Marine Limited and Alizes Marine Labuan – which were appointed as LCS technical consultants despite having no expertise on the matter.

He alleged that the companies had received RM23.37 million for work that was not carried out between 2011 and 2014.

According to Rafizi, Alizes Marine was also appointed as a spare parts supplier for the LCS project based after the company claimed that it was licensed by the French government to export global defence products.

“Zainab Mohd Salleh is the second wife of Dr Abdul Latiff, Minister in the Prime Minister’s Department. When this scandal happened, he, who is also the Mersing MP, was an Umno leader before joining Bersatu after the 2018 general election.

“The internal investigation report of the LCS project also clearly mentions that Zainab Mohd Salleh is Dr Latiff Ahmad’s wife. Page 96, paragraph 3.16.13.2 of the report mentions: ‘It is noted that Abdul Latiff is the spouse of Zainab’,” Rafizi wrote in his earlier posting.

He added that Abdul Latiff was the deputy to the then Defence Datuk Seri Dr Ahmad Zahid Hamidi between 2008 and 2013.

He also added that are also several other defence contracts involving companies that were linked to the Mersing lawmakers.

Will Zahid Heed Calls From Within Umno For Him To Resign?