The management of Hospital Sungai Buloh finally changed their mind about enforcing the food delivery ban. 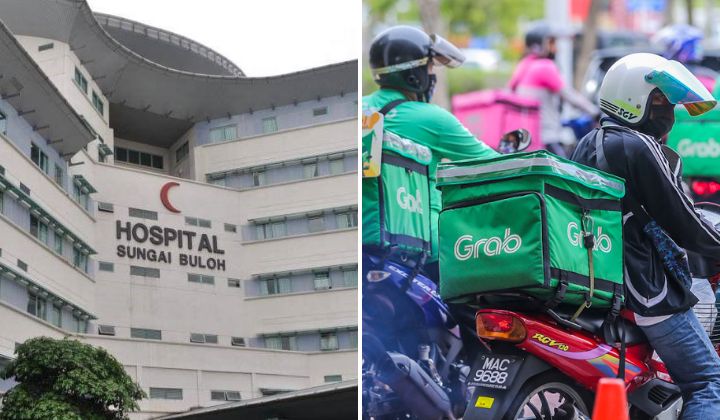 A circular dated 9 August by Hospital Sungai Buloh raised some eyebrows when the hospital banned doctors and patients at the hospital from ordering food deliveries.

The management of the hospital reasoned that the food waste and litter from food deliveries compromised the cleanliness of the hospital wards and attracted pests on its premises.

The hospital cafeteria was also reminded to improve its services and food preparation to meet the demands of the hospital staff and the public.

Are doctors and patients supposed to starve?

Some Malaysians online including doctors were puzzled by the decision and gave their two cents on the matter.

The junior doctor rights movement Hartal Doktor Kontrak criticised the move and said whoever made the decision forgot what it was like to be on-call and hungry.

KKM logic, ban food delivery like #Grab & #Foodpanda for staff and patients. Might as well ban eating so that there will be no waste produced.

Bandar Kuching MP Dr Kelvin Yii also voiced his disagreement over the ban and questioned what will happen to the doctors on-call when the cafeteria closes.

He pointed out that the hospital could help its cafeteria without compromising the welfare of its employees and patients.

If it is a waste management issue, then address the cleaning support staff capacity, or have thrash segregation bins all over to promote recycling etc…not a total ban.

Others said that the hospital might face problems with manpower when their staff are forced to travel out just to get food.

This for me is illogical and unfair for healthcare workers especially those on-calls after 6pm when the cafeteria closes.Even if you want help the cafeteria, not at the expense of the choice & convenience for the health workers. I hope @KKMPutrajaya takes note. pic.twitter.com/tZSQamW39w

However, there are people who support the ban and said it’s not a time to ‘picnic’ at the hospital.

They believe banning doctors and patients from getting food orders outside will reduce the likelihood of allergies or complications.

This is a great move by the Director 👍🏻 the concern is very clear in para 3, which is a major concern for a healthcare facility. We're to care for sick people not supervising picnic party.

The Health Ministry issued a statement

Due to the backlash, Hospital Sungai Buloh has decided to revoke the food delivery ban on its premises effective immediately.

The hospital management thanked the public for their input and promises to watch the welfare of its staff and patients.