The 17-year-old boy doesn’t own a driving license and drove the vehicle without his family’s permission. 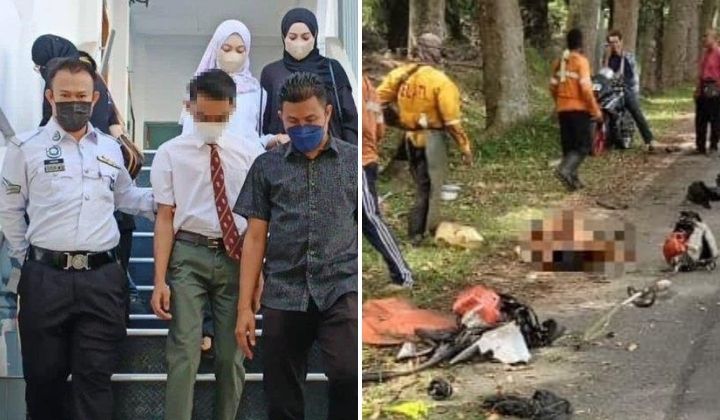 The teenager who mowed down two grass cutters in Bedong, Kedah, last week with his father’s Perodua Alza appeared in the Magistrate’s Court today to face two separate charges of reckless driving and causing the death of two people.

He doesn’t own a driving license and drove the vehicle without permission from his family.

According to New Straits Times, the 17-year-old appeared in court in his school uniform and looked calm.

The boy claimed trial when the charges were read to him. For the first count, he’s charged with reckless driving and causing the death of maintenance worker Siouca Chakma, 21, at Jalan Pintasan Semeling at 11.10am on 7 May.

He was also charged with the same offence for causing the death of the second maintenance worker, Akter Kamal Hosen, 33, at the same time and date.

Siouca Chakma died on the spot due to severe head injuries while Akter Kamal Hosen succumbed to his injuries two days later in the hospital.

The court fixed the bail at RM2,000 for each charge and set 27 July for mention. The boy’s father posted the bail.