The grass cutter was resting by the road side when the incident happened. 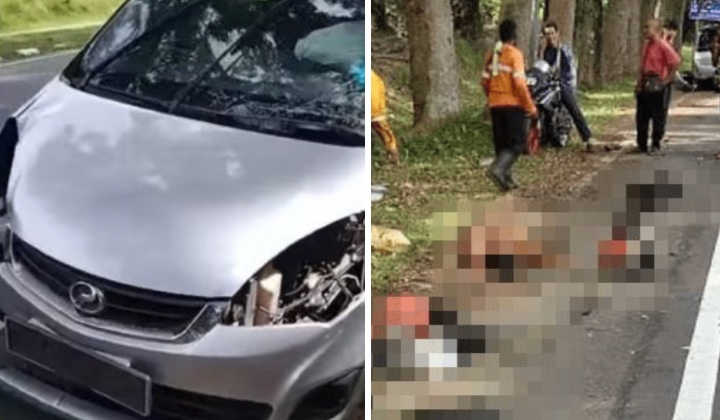 Police arrested a 16-year-old student following the incident of a multi-purpose vehicle (MPV) hitting and killing a grass cutter in Sungai Petani, Kedah.

The teenager, who did not have a license to drive an MPV, crashed into two grass cutters in an accident at Jalan Pintasan Semeling, Bedong, here on Saturday.

In the 11 am accident, one of the victims, a Myanmar national, died at the scene.

According to him, the teenager who lives in Laguna Merbok here is also a student at a secondary school.

The teenager who was driving the Perodua Alza was uninjured, and he has been arrested. We are still conducting further investigations to identify the cause of the incident.

The surviving victim was sent to the Sultan Abdul Halim Hospital (HSAH) for further treatment.

Out Of The Blue

Elaborating further, Zaidy said the accident happened when they were resting on the shoulder of the road with several other colleagues after cutting the grass in the area.

The Perodua Alza, from the direction of the Semeling traffic light driven by the teenager, lost control and skidded to the road’s left shoulder before hitting two trees.

The vehicle then crashed into the victims and a motorcycle believed to belong to one of the grass cutters.

Should parents be held responsible for the wrongdoings of their kids?

Netizens said children and teens generally know when they are doing something wrong, so they should always be held responsible for their actions.

However, parents must take a greater role in shaping their children’s future regarding morally acceptable behaviour.

Netizens said they must bear in mind that children’s development at home should take precedence.

The incident drew attention to the case of Sam Ke Ting, the female clerk who was sentenced to six years in jail and an RM6,000 fine.

She was handed the sentence for reckless driving which killed eight teenagers on modified bicycles commonly known as “basikal lajak” five years ago.