Wastewater, as it turns out, is a valuable commodity in its own right and potentially has more than 101 uses. 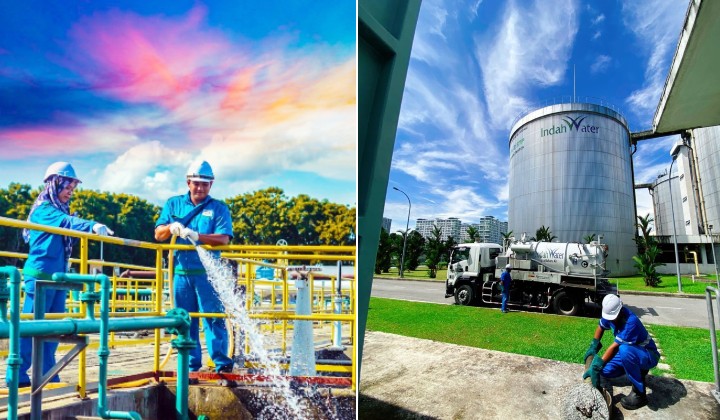 Okay, we know that no one really wants to talk about the stuff we flush down the toilet or wash down the drain, but similar to how water is considered a precious resource that we depend on to sustain our lives and varied lifestyles, the sewage or wastewater produced after we are done with all our washing and flushing matters just as much!

The word “sanitation” doesn’t usually come up in casual conversations, especially for us who live in the more urbanised parts of the world.

However, about half of the people across the globe still lack access to safely managed sanitation services that efficiently and harmlessly dispose of wastewater.

Having a poor sanitation system is not only an unpleasant way to live but leads to disparity, the spread of disease and is also damaging to the environment.

So it’s a good thing that for the past 28 years, the national sewerage company, Indah Water Konsortium (IWK) has filled a vital link in our overall sanitation infrastructure.

IWK provides Malaysian homes and businesses across the Peninsular with a modern and efficient way of ensuring that wastewater is well-treated, clean and safe, before being discharged into rivers, and making sure that the entire process is sustainable and well-managed so that nothing truly goes to waste.

The way of wastewater

Wastewater, as it turns out, is a valuable commodity in its own right and potentially has more than 101 uses.

It can be treated to become bio-effluents or an alternative source of water for industrial purposes. It can be processed into biosolids to fertilise agriculture. It can even be turned into a renewable energy source in the form of biogas.

As Malaysia moves towards a greener future, IWK is focused on leveraging eco-friendly innovation to become a key player in the circular economy and regenerate value from sustainable practices.

With its outstanding track record in managing and maintaining public sewerage systems nationwide, in 2021, the government agreed to extend the concession agreement with IWK for another 12 years until December 2034.

The agreement also allows for IWK to expand its non-core initiatives to complement its main revenue stream and create cost savings.

“This is an important approval for IWK as it allows us to derive supplementary revenue to build stable financial resources to support the sewerage operations for the long term,” explained IWK CEO Narendran Maniam in IWK’s Sustainability Report 2021, Embracing Change.

IWK’s non-core activities include several resource recovery practices such as producing recycled water to supplement the water used for commercial and industrial purposes.

This can ease the pressure on the nation’s finite water resources by providing our industries with a separate tap to use to produce goods and services.

Through its partnership with the Selangor state water operator, Air Selangor, IWK jointly manages the Central Water Reclamation facility located in Setia Alam, which can produce some 4 million litres of non-potable treated water a day.

IWK is also undertaking an interesting approach to green technology to manage biosolids produced at its treatment plants as a sustainable biofuel to literally feed our industries.

Using nature’s tiny but mighty decomposers, IWK’s treated biosolids can be used to feed black soldier fly larvae and be grown as food to feed aquatic or ornamental pets.

Narendran explains that this very organic means of biowaste management can reduce our overall impact on the environment and generate some cost savings and revenue in return.

Currently, IWK’s Regional Sewage Treatment Plants (STP) in the Klang Valley alone generate some 200 tonnes of biosolids daily, which would otherwise just end up in landfills.

This initiative is in line with the Green Technology Malaysia (GTMP) target, which is to achieve 100% recycling of biosolids by 2030 and will result in Green House Gas (GHG) emission reduction of about 11,500 metric tonne CO2e per year.

IWK is also looking to further monetise the assets available at its disposal for Malaysia’s general well-being.

The monetisation potential is sizeable, and one that we look to with much expectation.

Presently, IWK has access to 3,701 gazetted sewerage sites that can be used to install telecommunication towers and display advertisement billboards as well as run cables along its 22,000 km of sewer pipeline that crisscross nationwide.

In fact, 170 km of fibre-optic cables have already been installed along IWK’s sewer network to improve Malaysia’s broadband coverage.

IWK had even transformed one of its state-of-the-art wastewater treatment facilities into a refuge for Klang Valley’s inhabitants.

It currently stands as the largest plant in the Asia Pacific region, with a public park above ground to provide city folks with a place to relax, be active and enjoy the outdoors.

Narendran believes that IWK will continue to push forward and welcomes collaborative efforts in order to lay the groundwork towards a greener more sustainable future for Malaysia.

While the prospects ahead to build alternative revenue streams are exciting, I must caution that it will be a couple more years, at the very least, before we can realise revenue as we would need to put in the enablers which include operational mechanics, collaborations with partners, and investments into assets to facilitate the expansion of non-core businesses.