Our modern sewage and sanitation system is a lot safer, reliable and environmentally friendly. 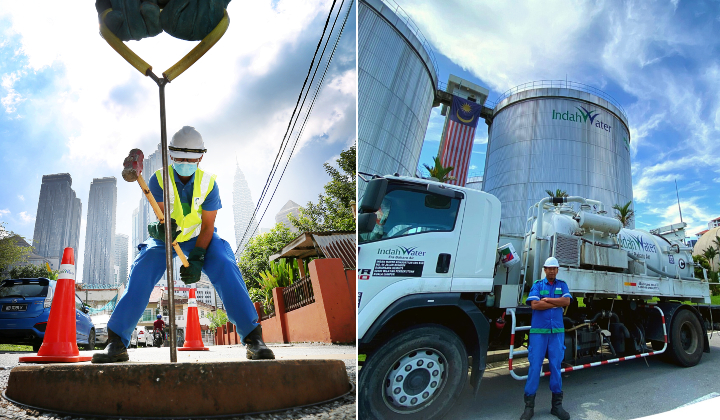 Have you ever wondered what happens to the stuff we flush down the toilet or wash down the kitchen sink? It’s called wastewater, or sewage, and it’s any water that’s been used and consequently polluted by human activities.

Since we moved on from nomadic lifestyles and started living together in larger, permanent settlements and cities, we’ve needed ways to get rid of our collective sewage, because, well… it’s stinky and gross!

Some of the earliest examples of sewage systems being used in our history can be dated as far back as ancient Mesopotamia.

Our ancestors used to rely on things like communal latrines and drains that simply flowed into open water to expel their sewage away from where they lived — leaving Mother Nature to do the heavy lifting to dilute, dissipate and decompose any waste.

But simply dumping our raw sewage into rivers and seas isn’t exactly a viable solution as our population continued to grow all over the world.

When Nature Calls Back

In 19th century London – which had a population of about 3 million people – there was an event known as ‘The Great Stink’ when a long, hot summer caused the River Thames to dry up and exposed all of the nasty things that have been dumped into it over the years.

This not only included human excrement and garbage but all sorts of waste products and chemicals from factories and businesses, as well as a fair number of dead bodies.

The stench was said to be so horrible that it brought the city to a standstill as people vomited and fainted where they stood. Some even called the river evil and blamed it for the city’s many sick and dying residents.

This, however, wasn’t that far from the truth as the contaminated river was the main source of water for Londoners to wash and drink from.

London’s poor sewage system was not only channeled directly to the river but was also leaking into the city’s other water supplies like underground wells — becoming a breeding ground for all sorts of deadly waterborne diseases like dysentery, typhoid and cholera.

A lot of people died and the event served as a great reminder of how important it is to properly manage our sewage, and that we couldn’t simply rely on Mother Nature alone to make our doo-doo disappear.

A New Life For Water

Nowadays, our modern sewage and sanitation system is a bit more complex but a lot safer, reliable and environmentally friendly.

Here in Malaysia, whenever we take a shower, use the sink or take a seat on the throne, all our wastewater or sewage will drain into septic tanks or flow through public sewer networks, and be sent to sewage treatment plants where it’s filtered and processed into clean water.

The clean water is then discharged into our rivers and further processed and reused for our everyday needs. Urban areas and townships across the country must treat their sewage before releasing it into rivers—giving Mother Nature a helping hand and giving new life to what was once nothing more than dirty water.

In line with their tagline, ‘New Life for Water’, the national sewerage company, Indah Water Konsortium (IWK) Sdn. Bhd., continues to ensure that the sewage systems comply with treated effluent quality standards stipulated by the Department Of Environment.

IWK provides sewerage services to a connected population equivalent (cPE) of over 29 million. IWK does this by operating and maintaining a total of 7,352 public sewage treatment plants and 22,000km of sewer lines.

With 28 years of experience under their belt, IWK has proven to manage the country’s sewage systems efficiently. However, despite it being such a vital utility service for us, there are still people who take our sewage system for granted.

According to IWKs latest Sustainability Report, although the government continues to subsidise the company’s cost of operations by a total of 125% of a customer’s monthly bill, there are still commercial businesses and individuals who go years without paying their dues—forcing the company to take legal action to try and collect overdue bills.

But on the bright side, as of 2020, IWK managed to collect payments from 91% of its customers, and more people are now going online and using IWK’s mobile app to pay their bills.

IWK’s e-Bill service encourages customers to go paperless for a greener environment. It’s also a convenient and easily accessible platform for customers to stay updated on their sewerage accounts.

You will receive your sewerage bills via email when you register for IWK e-Bill. Through the IWK mobile app, you can make payments, check your account balance and perform a range of other services at your fingertips.

Between 1 July and 15 December 2022, IWK will be giving away a brand new Proton Saga and other amazing prizes when you invite your friends and family to register for e-Bill and pay sewerage bills online.

Head on over to IWK’s official website or download the Indah Water mobile app from Google Play, the Apple App Store or your devices’ app gallery to register for the IWK e-bill service.

After getting yourselves registered, get as many of your friends and family to sign up for the IWK e-bill service using your membership ID.

The more people you get to register using your ID, the better your chances are of winning the prizes! To be eligible for the contest, just be sure that you and the people that signed up using your ID don’t have any outstanding IWK bills.