Black soldier fly larvae can eat and process almost everything, including all the sewage sludge we don’t like to think about. 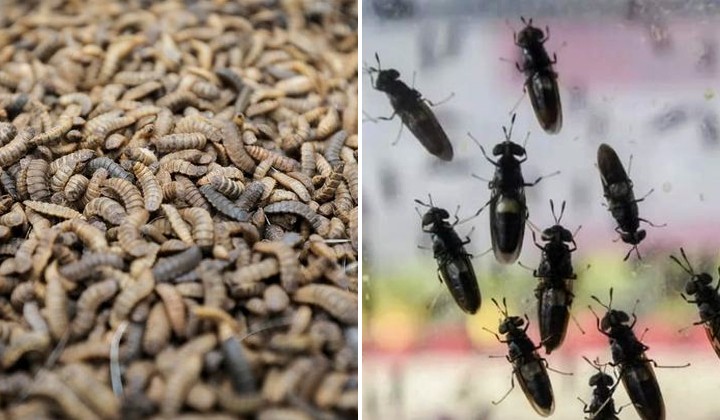 This sewage sludge contains everything from industrial waste, chemical residue, faeces, and other known and unknown hazardous waste. Basically, anything that gets flushed or thrown into our drains will make its way into becoming sludge.

Traditionally, sewage sludge is broken down by bacteria, dried, then processed. Once dried, it often gets sent to the landfill, or could make its way back to the community as ‘biosolid compost’.

So where do the flies come in?

Black Soldier Flies (BSF) larvae are actually quite well-known in the sustainable community for their intense appetite for literally anything. Hence, in an effort to be more sustainable in their services, IWK has partnered with local company, Menum Industries Sdn Bhd to recycle their biowaste using BSF.

Basically, the sewage sludge and other organic waste will be fed to these BSF, which are in turn harvested as full-fat protein meal, which is heavily used in aquaculture industries.

Even better yet, studies have shown that BSF can effectively break down and decompose the hazardous chemical, industrial, and medical wastes that come with the sludge. Studies show that as much as 54.5% to 70.8% of these toxic byproducts were broken down.

Additionally, not only can BSF larvae consume almost any organic waste you throw at it, it can also eat up to twice its weight in a single day!

This effectively reduces the leeching of chemicals and toxic waste into our soil and other water sources.

This isn’t even the first time we’ve used BSF to deal with our industrial waste, as it was also proposed for use in our landfills too!

So the maggots are good, then?

Probably one of the worst things to find in your home is maggots, but aren’t BSF larvae maggots too?

Well, yes, but they’re a very different species from our usual housefly– which are indeed pests that spread diseases and are so annoying!

Black Soldier Flies are also known by their scientific name Hermetia illucens, whereas the common housefly is Musca domestica.

Even their larvae are quite distinctly different. BSF larvae are much larger, growing up to 3cm in size, flattish, and range from pale beige to dark grey in colour.

In comparison, regular housefly maggots are much smaller, often only growing up to 3 to 9mm in size and are a pale fleshy white colour.

Although both species of insects are indeed flies, BSF are largely not considered pests due to how quickly they break down organic waste and bacteria.

Of course, if you are unfortunate to discover a nest of maggots in your home, it’s still best to get rid of them and double check your hygiene– unless you’re keen on setting up a black soldier fly larvae farm professionally for yourself, of course.